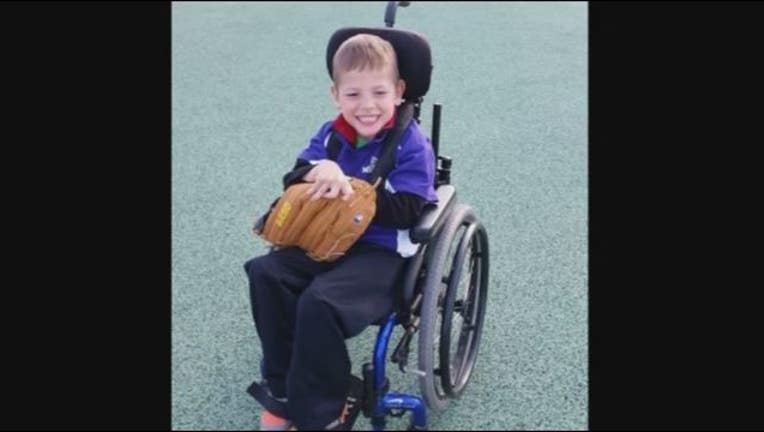 Tyce Sauter has spastic quadriplegia cerebral palsy, a condition that requires an expensive, specially-fitted wheelchair for him to function at his best.

(KMSP) - Strangers from all over came together for a 6-year-old Becker, Minnesota boy.

Tyce Sauter was born prematurely with spastic quadriplegia cerebral palsy, a condition that requires a specially-fitted wheelchair for him to function.

The family turned to Facebook on Sunday to get their story out there and hopefully find Tyce’s wheelchair. Through the power of social media, the post reached thousands of people.

A GoFundMe page that was set up by a woman the Sauter family has never met raised over $13,000 in two days for a new wheelchair for Tyce.

After Fox 9’s original story about Tyce aired on Monday, the station has had dozens of calls from strangers wanting to help in some way.