The statue of the civil rights leader will go up in west Atlanta later in the year in what is being planned as a Peace Park.

There will be more, including a statue that is being created in an artist's studio about one hour north of Atlanta.

Sculptor Gregory Johnson was given "two or three photographs to look at, and I said 'That's it,'" he recalled as he put finishing touches on the clay mold of Lewis' pants.

Johnson added that he made sure the statue would be impeccably dressed, just like the boy from Troy, as Martin Luther King Jr. described him.

The work by Johnson is made possible by Arol Wolford, who met Lewis a couple of times. 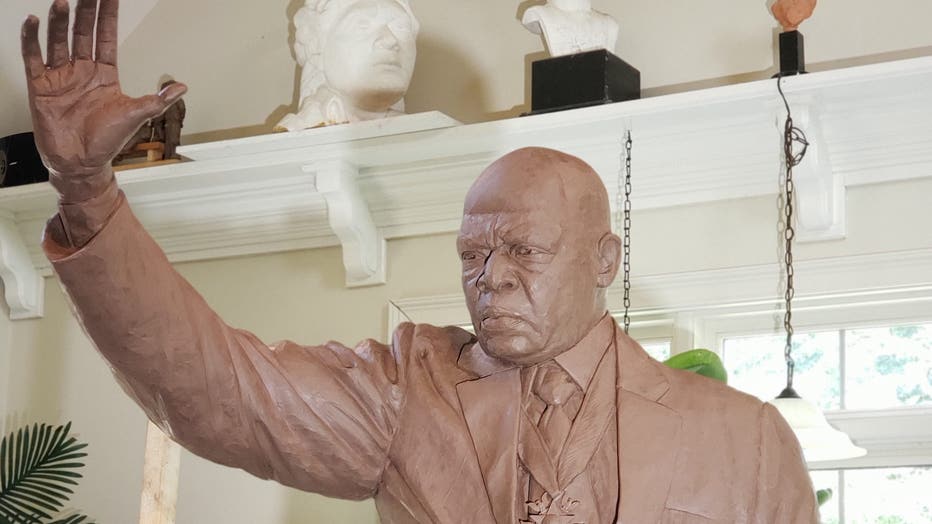 "He was like Jesus, in his activity," Wolford said in an interview at the artist's studio. "He took a lot of punishment, turned the other cheek, but kept pushing forward.

Michael Bond, who along with his council colleagues voted to accept the statue gift, saw it for the first time on Monday.

"It's so emotional," Bond said. "It is his likeness. It shows his determination"

The statue will go up in west Atlanta later in the year in what is being planned as a Peace Park at Northside Drive and Joseph E. Boone Boulevard.