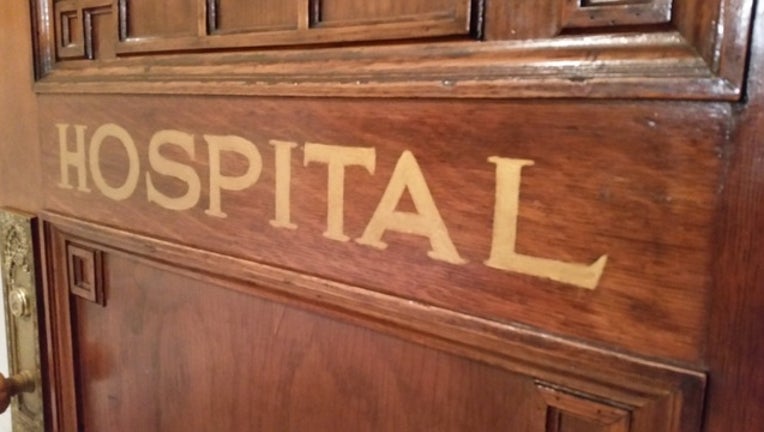 ATLANTA (AP) -- Congressional Republicans' drive to repeal the 2010 health care law has financial and political repercussions for GOP leaders in the states and gives Democrats potential openings as they struggle to reclaim power lost during President Barack Obama's tenure.

Some Republican governors, in particular, are wary about what their Washington colleagues might do with Obama's signature law, exposing a fissure in a party that has consolidated control in the nation's capital and dozens of statehouses around the country in accompaniment with President-elect Donald Trump's victory in November.

"I think they talk a lot about repeal. I haven't heard a lot about replace," Ohio's GOP Gov. John Kasich said last week in Cleveland, as he warned against making fast, sweeping changes. "The fact of the matter is we have a lot more people covered." He asked "what happens to these people" in the event of a full repeal.

Democrats, meanwhile, bemoan the possibility of stripping insurance from some 20 million Americans who lacked it before the law was passed in 2010. But they also see a political opportunity after six years of being blamed by Republicans -- and often by voters -- for every insurance premium or deductible increase, coverage denial or long wait for a specialist.

"You bought it, you own it," said pollster Paul Maslin of Wisconsin, who has worked for federal and state Democratic campaigns around the country.

Montana Gov. Steve Bullock, a Democrat who embraced the Affordable Care Act in a GOP-leaning state, said the repeal attempts offer another chance to explain the complex law ��� something even Obama has said he didn't do as well as he could.

"It's easy in Washington to say what you're going to do and not do," Bullock said. "Outside Washington, this is about communities and people's lives, and from that perspective, I think good policy also happens to be good politics."

Trump, House Speaker Paul Ryan, R-Wis., and others have yet to offer details beyond their promise "to repeal and replace Obamacare."

The law's main features are insurance exchanges where middle-income consumers buy private policies. Many get premium subsidies financed by taxes on the most generous insurance policies. Secondly, the law expanded eligibility for Medicaid, the government insurance program for the poorest and many disabled Americans. Among the regulatory changes were requiring insurers to cover more healthcare services; preventing insurers from denying coverage because of pre-existing health conditions and limiting lifetime caps on coverage.

Changes to the law could quickly impact states' Medicaid budgets, the financial standing of public and private hospitals, and the estimated 20 million Americans who have gained health insurance under the law. Ripple effects would reach health-care providers from pharmacies to physical therapists.

State elected officials in both major parties focus on practical effects, but acknowledge that voters' reaction will help shape the midterm elections that will serve as the first electoral barometers of the Trump era.

Democrats have high hopes in governor's races: 38 seats will be on the ballot in the next two years, with Republicans defending 27, and 16 open by term limits or retirements. Several of those open-seat elections will occur in presidential battleground states like Ohio and Michigan, where Republican governors largely embraced the Affordable Care Act. The cycle also will give Democrats a shot at winning back some of the 900-plus state legislative seats they lost since Obama was elected, perhaps rolling back supermajorities the GOP now enjoys in many state capitals.

Joe Schiavoni, a Democratic state senator in Ohio, already is eying the 2018 governor's race. Kasich is term-limited, and Schiavoni said it's likely the Republicans vying to succeed him will be pushed by a conservative primary electorate to abandon the outgoing governor's health care positions. Meanwhile, Schiavoni says, he's traveling the state focusing on the law's benefits for newly insured patients.

"If we rip up this law, all that goes by the wayside," he said, framing the law as a net positive for the economy.

At the federal level, Democrats face a tough path back to a Senate majority, because their caucus must defend 25 seats, including 10 in states Trump won; in the House, Democrats still face district boundaries that favor Republicans nationally. Yet the party hopes health care is important enough to drive a wave election if the GOP inflames the electorate, a reverse of what occurred in 2010 when Republicans rode anger about the law to the House majority.

Bullock and other Democrats say the GOP boxed itself in by promising a full repeal even as many Republicans, including Trump, embrace those more popular -- but expensive -- provisions.

The law, Bullock said, "is not a buffet line."

Iowa Gov. Terry Branstad, another Republican who accepted Medicaid expansion and is now Trump's choice for ambassador to China, is counting on Vice President-elect Mike Pence's experience as Indiana governor to help ease the way.

"That is kind of reassuring to us that we're going to be able to make a transition," he said. Still, he added: "They also have the responsibility to replace it with something that is affordable and sustainable."