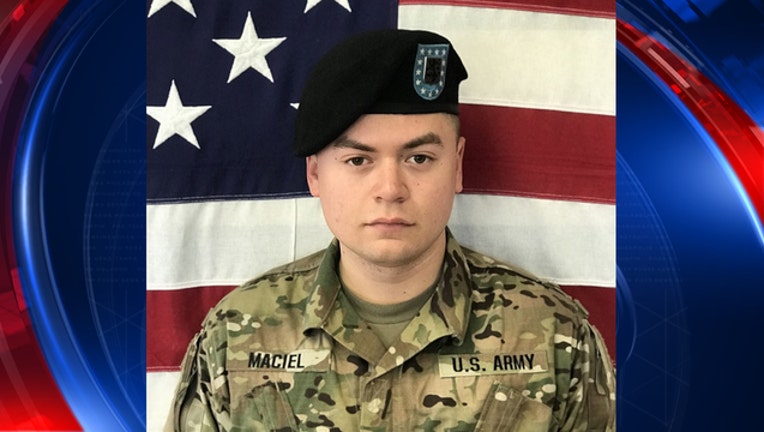 WASHINGTON (AP) - The Pentagon says the U.S. service member killed in an apparent insider attack in southern Afghanistan was a soldier assigned to a Fort Benning, Georgia infantry division.

In a statement, the Pentagon identified the soldier as Cpl. Joseph Maciel of South Gate, California. He died Saturday in Tarin Kowt District, Uruzgan Province, Afghanistan.

The U.S.-led coalition headquarters in Kabul has said that two other U.S. service members were wounded in the attack.