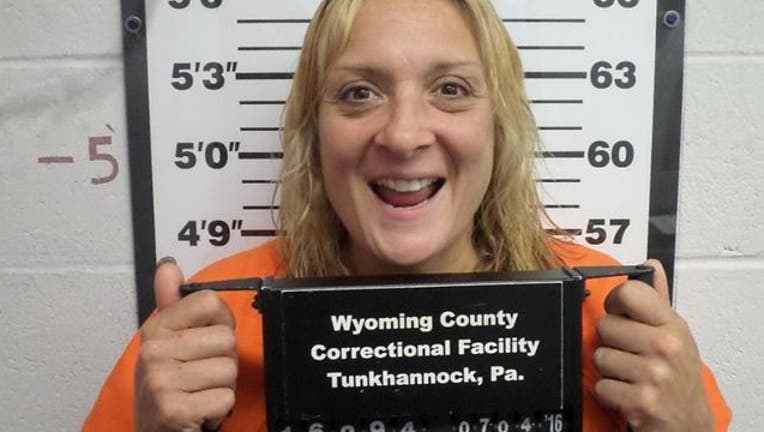 MEHOOPANY, Pa. (AP) - Police say a woman sprayed gasoline on a driver who criticized her for smoking a cigarette while pumping fuel at a Pennsylvania convenience store.

Fifty-one-year-old Kimberly Brinton, of Meshoppen, faces a preliminary hearing July 12 on aggravated assault and other charges stemming from the encounter Thursday at the Mehoopany Dandy Mart, about 30 miles northwest of Scranton.

Police say the driver told Brinton to extinguish her cigarette, then threw windshield cleaner onto Brinton in hopes of putting out the cigarette.

Police say when the other woman tried to drive away, Brinton screamed she was going to light her on fire and sprayed gasoline on her.

Police say the other woman slipped on the gasoline getting out of her car and broke her arm.