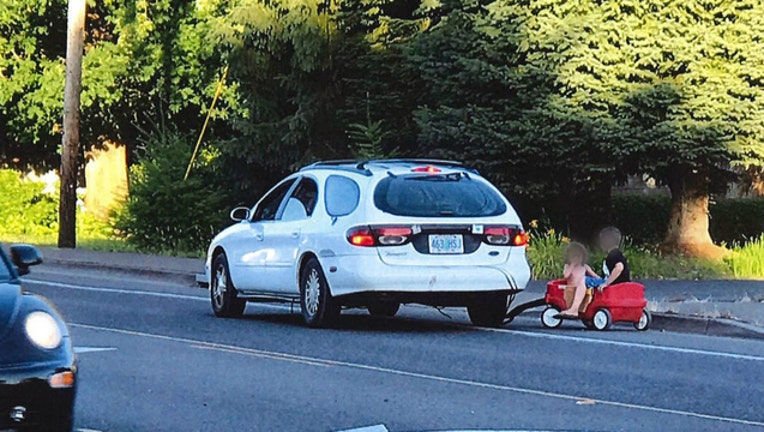 SPRINGFIELD, OREGON (Fox 32 News) - An Oregon mom was arrested after she was caught pulling her kids behind her car in a plastic wagon.

She allegedly claimed that she just wanted to "show the kids a good time."

Police had been called to the scene by several witnesses, who saw the car circling a roundabout with the kids being pulled behind.