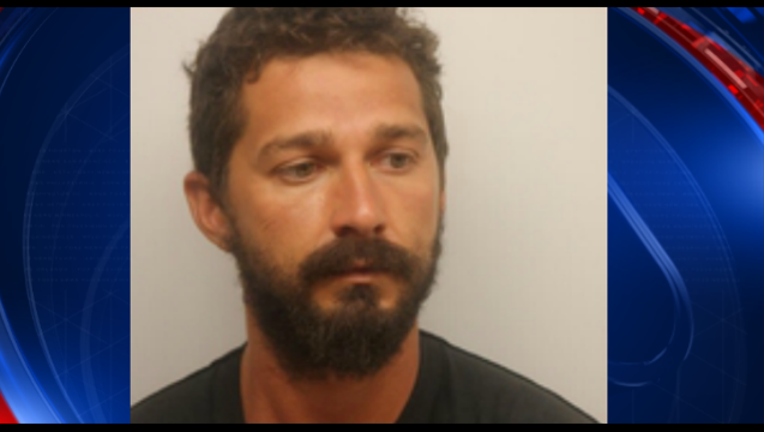 The actor wrote in a statement posted on Twitter Wednesday that he has been publicly struggling with addiction for "far too long." He called his behavior a new low and attributed it in part to his complete disrespect for authority.

The statement, which was confirmed as legitimate by LaBeouf's publicist, asked for forgiveness and said the actor was taking steps to get sober. He did not elaborate.

LaBeouf's apology came hours after celebrity website TMZ posted video taken while the actor was being booked when he accused police of being racist and told a black officer he was going to hell. The actor made several other profane remarks before being released on $7,000 bond.

The videos were not immediately available Wednesday from the Chatham County Sheriff's Office.

The "Transformers" actor was arrested in a hotel lobby at 4 a.m. Saturday by the Savannah Police Department and released. He was also accused of disorderly conduct and obstruction.

"I am deeply ashamed of my behavior and make no excuses for it," LaBeouf wrote on Twitter.

"My outright disrespect for authority is problematic to say the least, and completely destructive to say the worst," LaBeouf, 31, wrote. "It is a new low. A low I hope is bottom. I have been struggling with addiction publicly for far too long, and I am actively taking steps toward securing my sobriety and hope I can be forgiven for my mistakes."

LaBeouf is in the Savannah area filming his new movie, "The Peanut Butter Falcon," which also stars Dakota Johnson.