CLAYTON COUNTY, Ga. - A rescue dog in Clayton County has helped the GBI find over 100 pounds of marijuana smuggled into Georgia by drug traffickers. 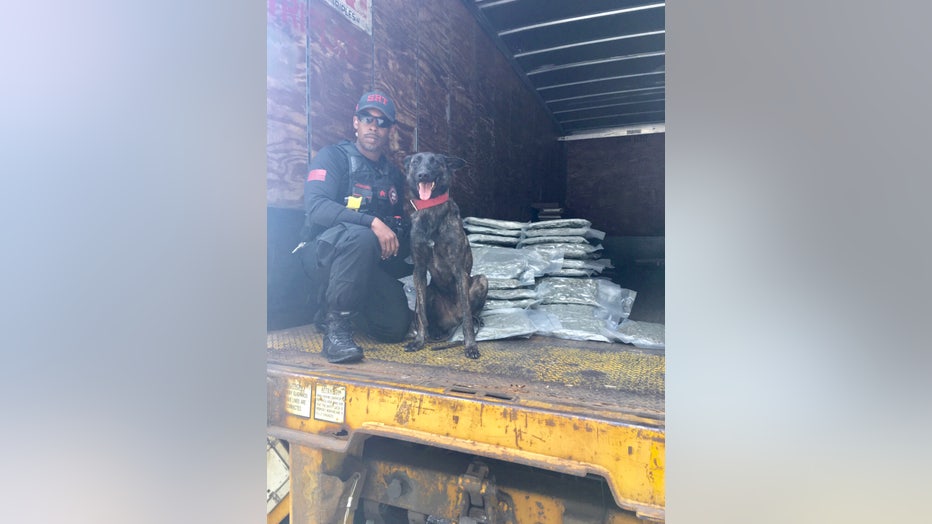 Officials say Jack was rescued after someone threw him from a moving vehicle in north Georgia. A witness to the abuse took him to a nearby shelter, and he was eventually adopted by the Hiwatari Kennel.

From the start, Clayton County law enforcement said it seemed like Jack had the ability to do police work, so on Feb. 5, Jack became a K-9 officer working in the Clayton County Jail.

On Oct. 18, the GBI asked the Clayton County Sheriff's Office for help examining a tractor-trailer suspected of containing marijuana, but none of the department's street K-9 officers were available.

The Sheriff's Office said Jack "indicated he would not mind helping out to get change of scenery" and found a pallet containing over 100 pounds of marijuana in the truck.

Officials have not released any information about any arrests involved in the seizure.