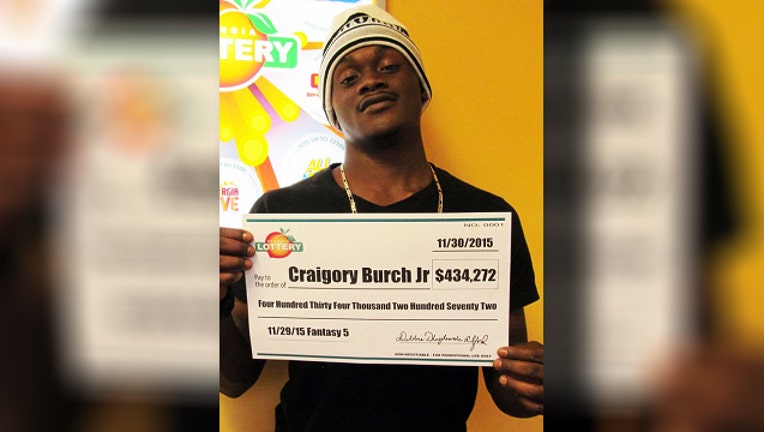 FITZGERALD, Ga. - Deputies have arrested seven people in connection to the death of a south Georgia lottery winner in January.

WFXL reported the arrested in connection to the death of Craigory Burch, Jr. on Monday. Rosalyn Swain, 22, Keyana Dyous, 24, Anjavell Johnson, 21, Earnest Holcombe, 27, Dabrentise Overstreet 19, Nathaniel Baker, 28, and a 17-year-old from Fitzgerald were all charged with malice murder, aggravated assault and possession of a firearm during the commission of a crime.

Ben Hill Sheriff Bobby McLemore said more arrests are expected in the January 21 murder. He told WFXL that this was a targeted crime.

Burch won more than $400,000 in November by playing the Georgia Lottery’s Fantasy 5.