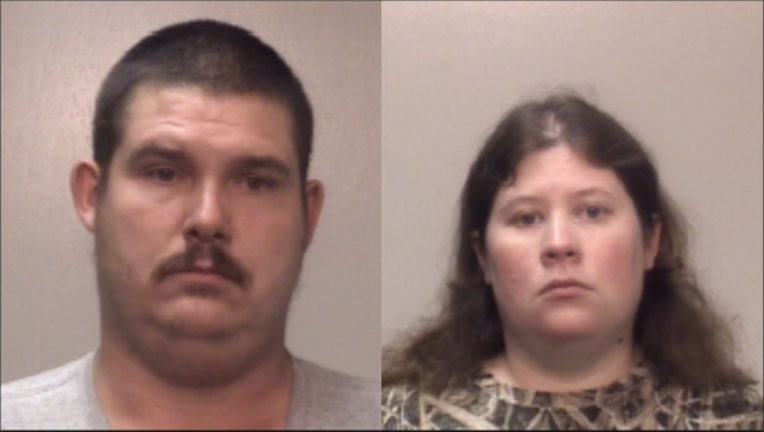 COWETA COUNTY, Ga. - A Senoia couple has been charged with seriously injuring their 4-month-old baby girl, according to Georgia Bureau of Investigation officials.

Amanda Renee Campbell, 31, and Brian Scott Campbell, 34, were arrested Monday following an investigation by the Georgia Bureau of Investigation. The couple is charged with one count of second-degree child cruelty in connection with allegations that the infant was dropped in August by her mother.

When the infant was examined at Children's Healthcare of Atlanta, medical professionals discovered older injuries that suggested previous abuse, according to GBI officials.

An indictment against the couple alleges the infant sustained a fractured rib, retinal hemorrhage, and subdural hemorrhages.

The Campbells are currently being held without bond at the Coweta County Jail.