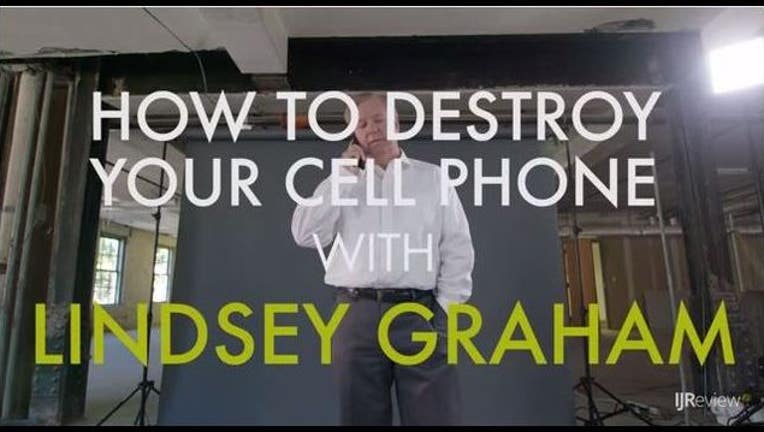 Decision 2016 is really starting to heat up. And it seems these days presidential candidate Donald Trump is mincing words with everyone from John McCain to Lindsey Graham.

Recently the South Carolina senator referred to Trump as a 'jackass.' And to get back at him, Trump released Graham's phone number during his speech in the Palmetto State on July 21.

So, what does one do when they have a 'newly popular' cell number? Blow it up of course! Which is exactly what Graham does in this tongue in cheek video published by the Independent Journal Review.

As a final insult, Graham takes a jab at some of Trump’s recent statements about veterans by throwing his cell phone out of the shot saying, “This is for all the veterans.”