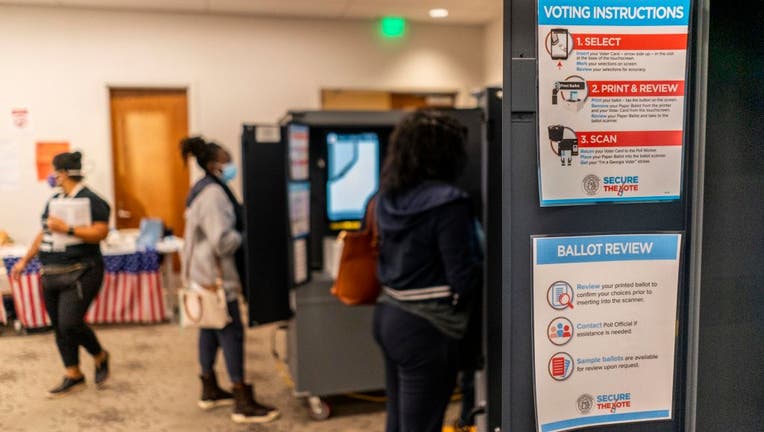 WARE COUNTY, Ga. - The Georgia secretary of state says there is no truth to a rumor spreading on social media that voting machines in one county "switched" or "flipped" votes from President Donald Trump to Joe Biden.

A secretary of state spokesman said that the rumor began due to a 37-vote difference found after a post-election audit in Ware County.

According to Ware County Elections Supervisor Carlos Nelson,  an election worker made a small tabulation error on election night involving the 37 out of about 14,000 votes cast for president in the county.

The error was discovered during an internal audit and corrected during the hand recount of the county's paper ballots. Officials say the machine recount requested by the Trump campaign also gave the same results.

"The small vote change is evidence of humans being less precise than machines at counting is nothing more," said Walter Jones, the secretary of state's communications manager for voter education.

However, an advocacy group Voter GA mentioned the error in a Dec. 3 press release, saying it had “confirmed the Dominion Democracy Suite 5.5 system” caused 37 votes to be “swapped” from Trump to Biden in Ware County.

Over the weekend, other social media users and conservative websites picked up on the false theory that a Dominion algorithm switched votes to Biden in Ware County.

“37 Trump votes used in the equal sample run had been ‘Switched’ from Trump to Biden,” read one tweet shared 10,000 times. “In actual algorithmic terms this means that a vote for Trump was counted as 87% of a vote and a vote for Biden was counted as 113% of a vote.”

“This is one machine in one county in one state,” read the tweet shared more than 17,000 times. “Did this happen elsewhere? We need to know! EXAMINE ALL THE MACHINES!”

The office responded by calling the allegations another example "of the falsehoods being peddled by conspiracy advocates trying to convince the gullible of why the presidential election didn't turn out as they hoped."

“Ware County has accounted for all its equipment,” he said in a tweet. “There are no vote flipping machines.”

Dominion also denies claims that it somehow used an algorithm to manipulate votes, saying the company’s systems do not support “fractional” or weighted voting, and that it “is technologically impossible to ‘see’ votes being counted in real-time and/or to ‘flip’ them.”

Trump won Ware County with 9,865 votes of the 14,192 votes cast - about 70% of votes cast in the county for the presidential election.