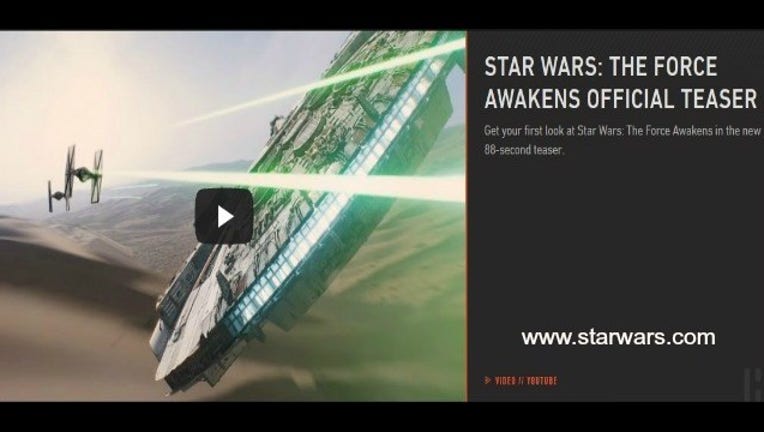 The 'Star Wars: Episode VII' trailers have many people buzzing on social media.

The second trailer video was posted on April 16th: https://youtu.be/ngElkyQ6Rhs

The first 88-second tease of Star Wars: The Force Awakens was showcased in 30 theaters across North America on November 28.