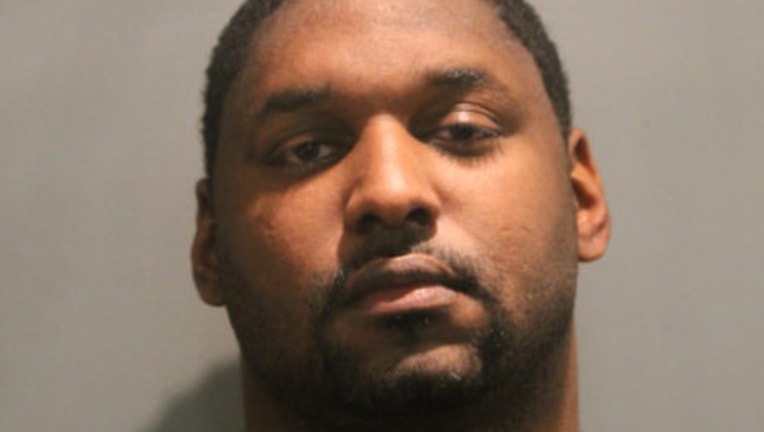 CHICAGO (Sun-Times Media Wire) - A man has been charged in the fatal shooting of a security guard earlier this year at a River North nightclub.

Jon Poole, 34, is charged with four counts of murder for the March 8 shooting of Thurman Bailey outside Sound Bar, 645 N. Franklin St., according to Chicago police and the Cook County medical examiner’s office.

Poole was taken into custody Thursday in Lawrenceville, Georgia, after a warrant was issued for his arrest, police said. He was expected to appear in court on Friday in Chicago, but his hearing was postponed until Monday.

Witnesses and surveillance video have positively identified Poole as being involved in the confrontation that led to the shooting, according to police.

About 15 people began brawling near the mouth of an alley, police said at the time. A male in the crowd pulled out a handgun and fired several rounds, striking Bailey, 28, and a 58-year-old man.

Bailey died about 1 a.m. after being taken to Northwestern Memorial Hospital with multiple gunshot wounds, authorities said. He lived in the Bronzeville neighborhood.

The older man brought himself to the same hospital with bullet fragments in his leg and arm, police said.

Armond Williams, 37, was previously charged with murder for the shooting. He remains held without bail at the Cook County Jail.