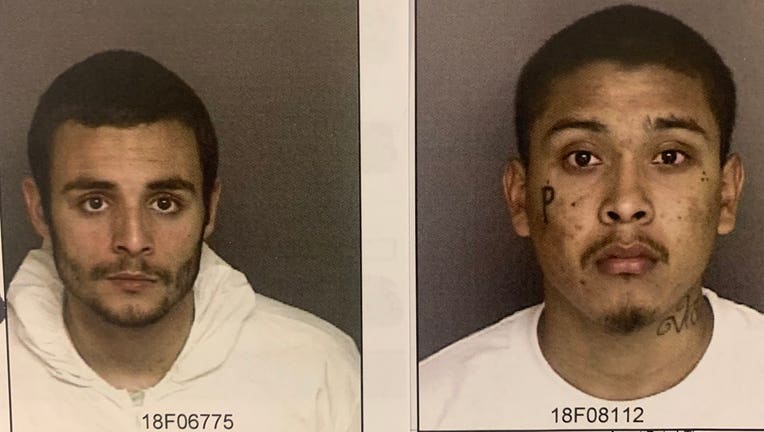 MONTEREY, Calif. - Officials are trying to find out how two men charged with murder were able to escape from a central California jail.

The Monterey County Sheriff’s Office warned that the fugitives should be considered dangerous. Authorities gave no other details on how they broke out of jail in the city of Salinas early Sunday.

Authorities say 21-year-old Santos Fonseca and 20-year-old Jonathan Salazar had been behind bars since 2018 and were awaiting trial on murder counts and “numerous other felony charges” in separate cases.

The Californian newspaper in Salinas reports that Fonseca is accused of killing two men in two different shootings in June 2018.

The newspaper says Salazar was arrested in the shooting death of man who was driving with his girlfriend and young son in October 2017.