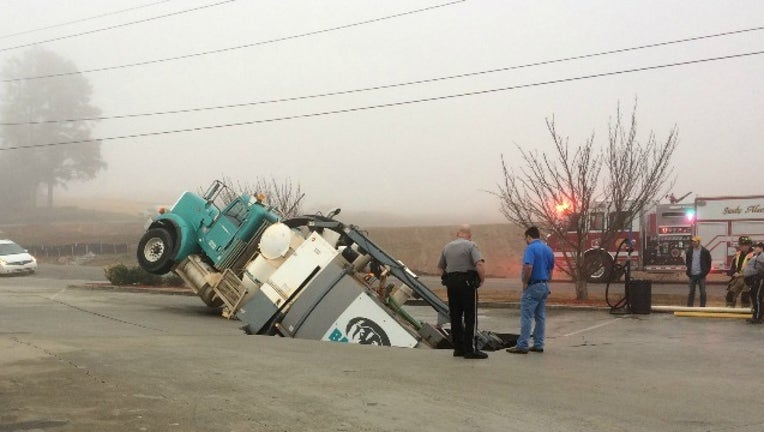 OAKWOOD, Ga. - A large commercial vehicle became stuck in a sinkhole Tuesday morning on Wallis Road in Hall County. Roads have been shut down in the area as crews work to remove the vehicle from the hole.

Fire crews are at the scene near Diamond Auto Spa, located by Branch Road in Oakwood.

A private contractor is off-loading the fuel before the vehicle is moved. officials said.

The Georgia Environmental Protection Division and utility companies have been notified.