ATLANTA - All precincts have reported in on Fulton County’s Special Runoff Election on Tuesday. Voters were deciding on two races. 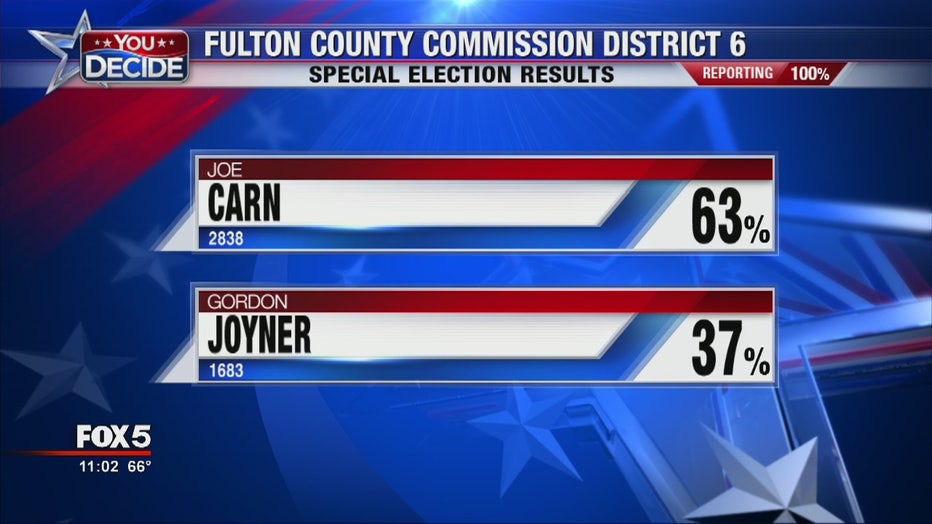 Carns will succeed longtime Commissioner Emma Darnell who left the seat vacant when she passed away in May. Darnell was in her eighth term and served on the commission for 27 years. 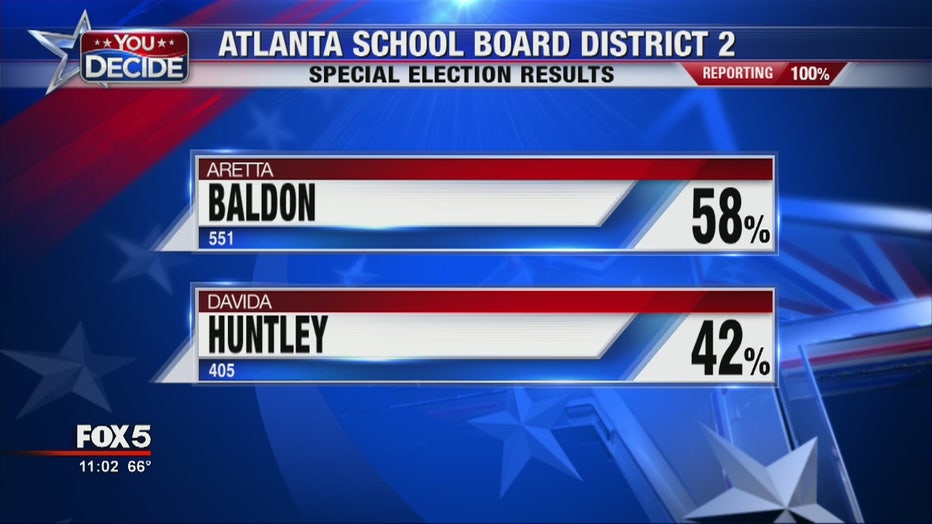 In Atlanta, voters also had to choose for Atlanta Schools Board of Education Seat 2.