ATLANTA - The Federal Trade Commission and a major for-profit college have reached a record settlement that means debt forgiveness for many affected students to the tune of $191 million.

A record-setting settlement for students with loan debt

A major for-profit college ordered to forgive student loan debt for some students.

The FTC reports that the University of Phoenix and its parent company Apollo Education Group have reached an agreement with the government to pay $50 million in cash and to forgive $141 million in debts owed to the school by students who were harmed by what it calls "deceptive ads."

One of the advertisements, which you can see on the FTC website, claims relationships with companies like Microsoft, American Red Cross, Adobe, and more to lure would-be students to go to the school. These partnerships, the government says, did not exist.

Students making important decisions about their education need the facts, not fantasy job opportunities that do not exist.

— Andrew Smith, Director of the FTC’s Bureau of Consumer Protection

If you were enrolled at the school at the time of these ads, you could be eligible to have your debt wiped out. But, don't call them; they'll call you. You don’t have to apply or submit a claim to get a payment. But if you want updates about this, you can sign up here.

The school admits no wrongdoing. This settlement does not include students who have federal or private loan obligations. 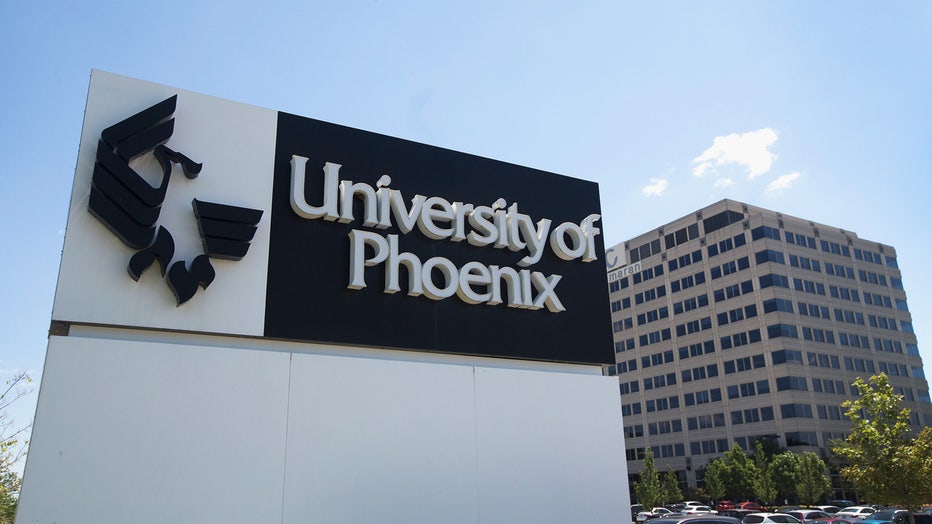 The University of Phoenix and its parent company have agreed to pay $50 million in cash and to forgive $141 million in debts owed to the school by students who were harmed by what the FTC calls "deceptive ads." (Scott Olson/Getty Images)

For-profit colleges took off after the market collapse in 2008. Folks lost jobs and were looking to go back to school. Aggressive recruiting tactics emerged with for-profit schools. Some have since shut down, others are being fined.