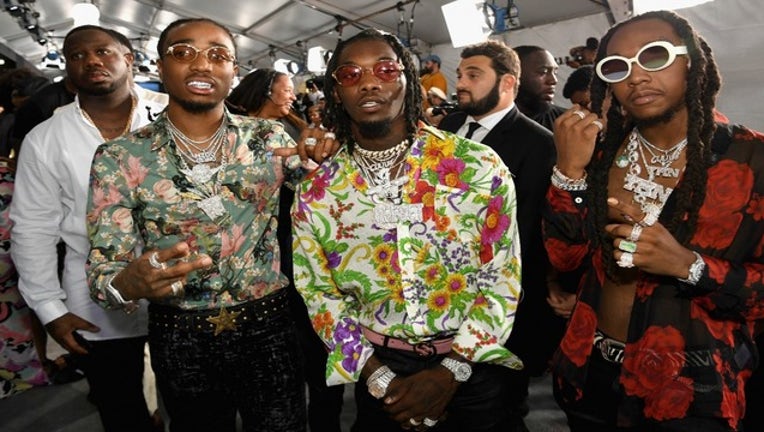 ATLANTA - The rap trio Migos was removed from a Delta flight in Atlanta on Friday before it took off, according to a TMZ report. The group was flying to perform at a concert in Des Moines, Iowa.

The three-member group of Takeoff, Quavo, and Offset were taken off the plane after they allegedly didn't buckle their seatbelts and stow carry-on items in the overhead bins.

"Delta flight 1532 from Atlanta to Des Moines returned to the gate, prior to departure, to deplane several customers seated in the First Class cabin who repeatedly refused to follow crew member instructions to buckle their seatbelts and stow carry-on items in the overhead bins. The customers were rebooked on an alternate flight to Des Moines, which arrived around 9 p.m. Friday evening."

Delta says the members of Migos were rebooked on another flight, which arrived at 9 p.m. The group performed at Seven Flags Event Center later that night.

The manager for Migos told TMZ that the group was sitting in first class, fell asleep, and Takeoff left his book bag on the floor. Their manager told TMZ that he believes this was a case of racial profiling.