What to know about the public impeachment hearings this week

The House impeachment inquiry into President Donald Trump will go live before the public this week in televised hearings on Wednesday and Friday. Here's who is set to testify.

WASHINGTON - The House impeachment inquiry into President Donald Trump will go live before the public this week in televised hearings, with one on Wednesday and the second scheduled for Friday.

Little known outside of their professional circles, the diplomats and career government officials will become household names telling House investigators what they know about Trump's actions toward Ukraine, including the July phone call with President Volodymyr Zelensky that ignited the impeachment inquiry.

The impeachment inquiry is looking at whether Trump violated his oath of office by holding back the congressionally approved funds while he asked the new president for a favor — to investigate political rival Joe Biden’s family and the 2016 U.S. presidential election. 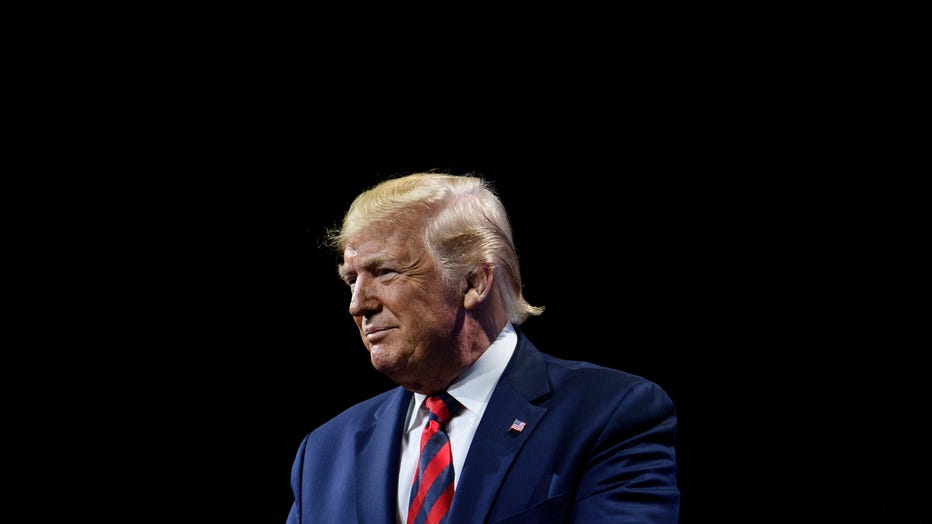 In this file photo taken on Oct. 28, 2019, President Donald Trump arrives to speak during the International Association of Chiefs of Police Annual Conference and Exposition at the McCormick Place Convention Center in Chicago, Illinois. (Photo by BREN

Last week, the public got a preview of what key witnesses might say after House investigators released transcripts from days of closed-door interviews in the inquiry — which includes transcripts of those testifying publicly this week.

The three witnesses scheduled to testify, who handled U.S. policy in Ukraine, are as follows:

William “Bill” Taylor, the charge d'affaires in Ukraine, is a longtime diplomat with a 50-year career of government service. Taylor returned to Ukraine this year after Secretary of State Mike Pompeo asked him to lead the U.S. Embassy.

The graduate of West Point and infantry officer with the 101st Airborne Division in Vietnam had a storied career working around the globe, including on Iraq reconstruction and as the U.S. ambassador to Ukraine from 2006-09.

Trump recalled Ambassador Marie Yovanovitch after what others would testify was a smear campaign against her. When Taylor returned to Kyiv, he said he was stunned at what he found.

"I discovered a weird combination of encouraging, confusing and ultimately alarming circumstances," Taylor testified on Oct. 22.

The diplomat went on to describe the "irregular" channel of U.S. policymaking, outside the official one. He soon learned it was being run by Trump's personal attorney, Rudy Giuliani, and others from the administration. "A confusing and unusual arrangement," he testified.

Taylor has served under every presidential administration, Republican and Democrat, since 1985, and also worked for then-Sen. Bill Bradley, D-N.J.

More recently he was an executive vice president at the nonpartisan U.S. Institute of Peace.

Also testifying Wednesday is George Kent, the deputy Assistant Secretary in the European and Eurasian Bureau.

The bow-tie wearing career foreign service officer speaks Ukrainian, Russian and Thai and has worked in Poland, Uzbekistan and Bangkok. He joined the State Department in 1992.

Kent testified on Oct. 15 there were three words Trump wanted to hear from the Ukraine president: "Investigations, Biden and Clinton."

He also told the investigators about the "campaign of lies" against Yovanovitch that he said was waged by the president's personal attorney, Rudy Giuliani.

Kent is a graduate of Harvard and the Johns Hopkins' School of Advanced International Studies, as well as National Defense University's Eisenhower School.

Seen as a tough ambassador, at a time when the U.S. was trying to root out corruption in the young democracy, she was recalled from Ukraine by Trump last spring.

Known as Masha, Yovanovitch testified on Oct. 11 that she was told that people were "looking to hurt" her. One senior Ukraine official said she needed to "watch my back.“

She is a career diplomat having served in several top positions as a principal deputy assistant secretary for the Bureau of European and Eurasian Affairs, a senior adviser and the dean of the language school at the Foreign Service Institute.

She is now working as a senior State Department fellow at Georgetown University.

When and how to watch the hearings

Taylor and Kent will testify together publicly on Wednesday, beginning at 10 a.m. ET. Yovanovitch’s public hearing is scheduled for 9 a.m. ET on Friday.

Both hearings will be broadcast live on C-SPAN, the major cable news networks and streamed online.

Impeachment is a rarely used tool that people often think means a president’s removal from office. It actually means the House has found evidence of impeachable conduct — and would send the process to the Senate for a trial that could lead to the president’s removal.

Meanwhile, Trump has kept up a steady stream of tweets about what he calls the impeachment "witch hunt."

On Tuesday, the president said he would release the transcript of his April telephone conversation with Ukraine's leader "before week's end!" Trump tweeted the April call is "more important."