Authorities say they recovered an award-winning show dog during a drug bust.

CLAYTON COUNTY, Ga. - A family whose prized show dogs were stolen last month will soon reunite with one of them.

After a months-long investigation by their gang and narcotics unit, City of South Fulton Police executed search warrants at two addresses Thursday afternoon and recovered one of the dogs, an American Bulldog named Crayola. 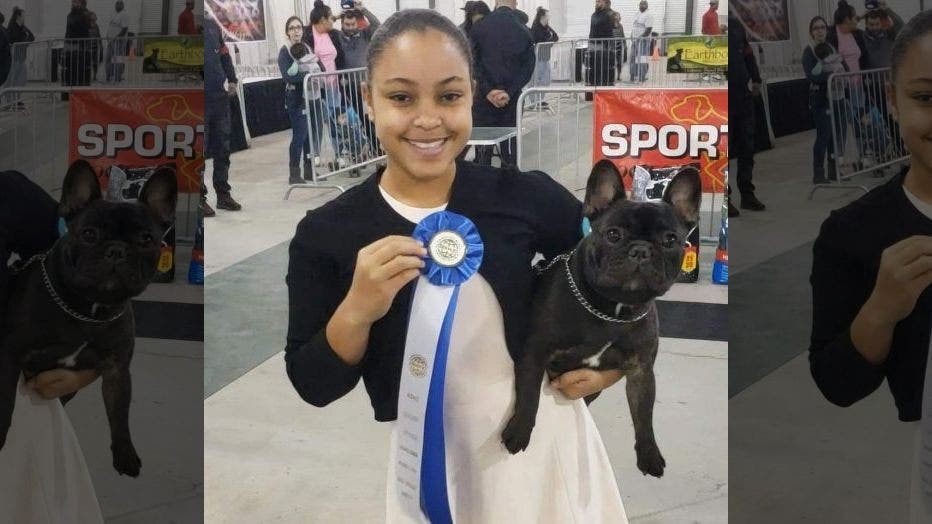 Crayola, an award winning show dog, will soon be reunited with its owners after being stolen last month from a gas station.

Crayola and a French Bulldog named Hero were stolen in December when Christine Brown, 11, and her family stopped at a gas station in Rockdale County.  The family was in town from Florida to compete in a dog show.

Surveillance video shows the suspects pull up to the gas pump in a white SUV shortly before one of them jumps into the family's red Dodge Charger and drives off with the dogs inside.

Nearly a month later, police said they seized the dog from a home on Joan of Arc Place in unincorporated Clayton County.

"It was scary.  All those thoughts go through your head, that she could be hurt, is she still alive?  But we didn't lose the faith and just kept applying pressure and we got her back," said Tommy Sorrow, a family friend who picked Crayola up from the police precinct Thursday evening.

Sorrow said the family plans to travel to Georgia to pick up Crayola in the next few days. They had already negotiated with the dognappers to return Hero last month.

Police arrested several people, but have not yet released their names and charges.