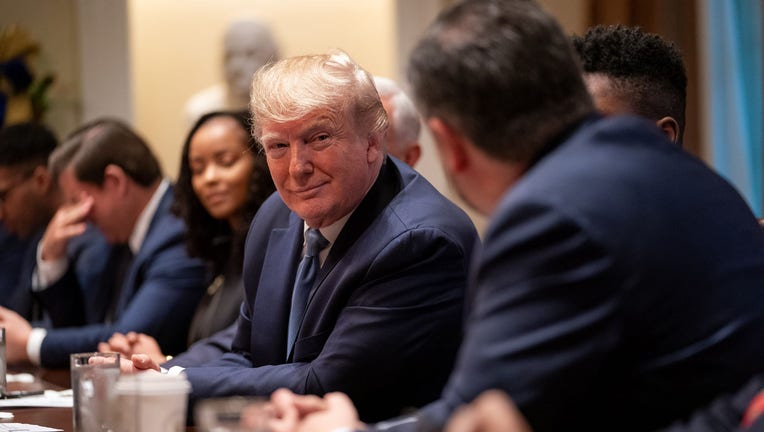 WASHINGTON - President Donald Trump was active on Twitter the morning after he became just the third president in American history to be impeached by the U.S. House of Representatives.

"100% Republican Vote. That's what people are talking about. The Republicans are united like never before!" read the morning's first message.

FOX 5’s Melanie Alnwick checked out the headlines at the Newseum the morning after President Donald Trump became just the third president in American history to be impeached by the U.S. House of Representatives.

"I got Impeached last might without one Republican vote being cast with the Do Nothing Dems on their continuation of the greatest Witch Hunt in American history," a second post read. "Now the Do Nothing Party want to Do Nothing with the Articles & not deliver them to the Senate, but it's Senate's call!"

The start date for the impeachment trial is still up in the air.

House Speaker Nancy Pelosi refused to say Wednesday when she'll send the impeachment articles against Trump to the Senate for the trial.