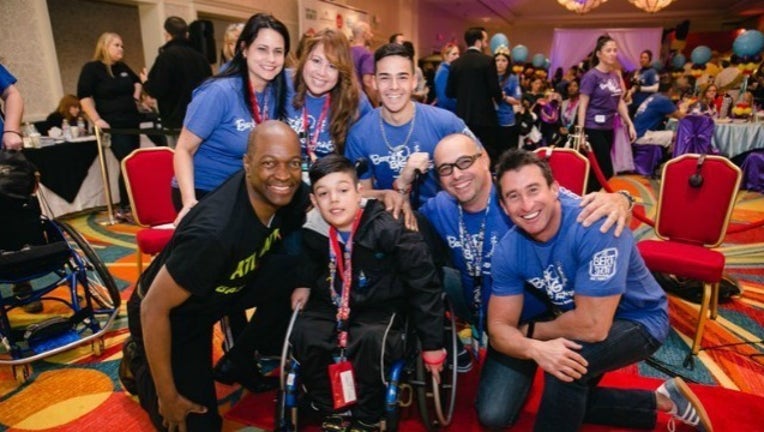 ATLANTA - An 11-year-old Powder Springs boy will become the sixth man in the starting lineup for the Atlanta Hawks Tuesday night.

Raynel Granell-Lopez is one of the 2016 Bert's Big Adventure kids. He suffered from a brain injury after being diagnosed with bacterial meningitis when he was just 4-years-old.

In February, Raynel found out he would become an honorary member of the Hawks at the send-off party for the annual BBA trip to Disney World. He was also surprised with his own competitive sports wheelchair!

Raynel will enjoy a "VIP experience" that will kick off Tuesday afternoon with a private basketball lesson from David Snowden, with assistance from the Hawks team and coaches. Live studio analyst Mike Glenn will also be there.

The dream-come-true experience will include court side access to the pre-game shoot around, a private locker room tour and a special introduction to the team as Raynel is announced as the sixth man for the game during the starting line-up.

"Raynel will enjoy the duration of the game in a private suite with his family to catch the Atlanta Hawks take on the Phoenix Suns at Philips Arena," the Hawks said in a news release.

Last month, BBA kid Leslie got to enjoy a similar experience when she became a Hawks cheerleader for a day.