ATLANTA - A popular DJ and his fiancée were shot in a road rage incident early Wednesday morning. The victims were shot right in front of their northwest Atlanta home.

FOX 5 was there when 30-year-old Roberto Salas returned home with a bullet still lodged in his back shoulder. Salas said he had been up all night while being treated at Grady Memorial Hospital and was really concerned about his partner.

"I am just concerned for my fiancée Natalya. I just hope that she gets better," the injured DJ shared.

Roberto, known as Rob Session in the DJ world, said 29-year-old Natalya Munoz, who was driving a black sedan got the worst of it when Atlanta police said three men opened fire just after 1 a.m. 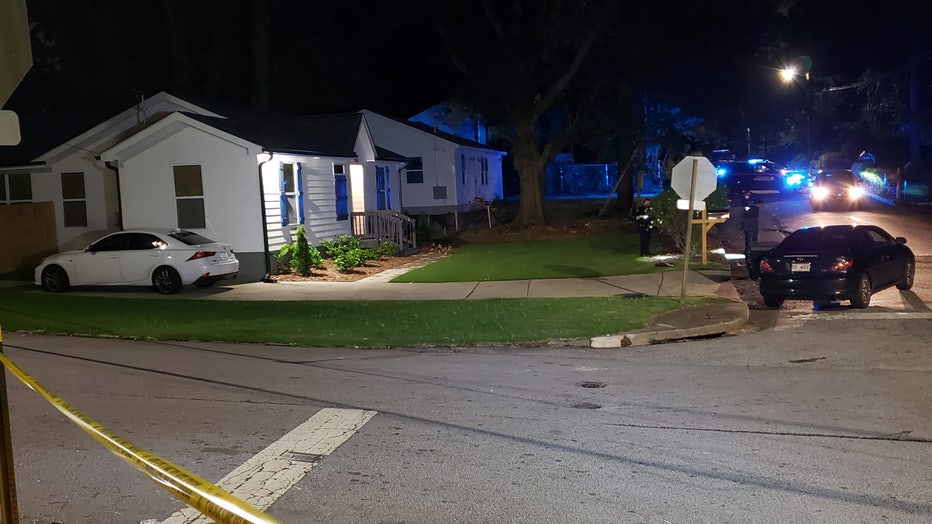 Police said the trio inside a white four-door sedan got upset with the couple, who were riding in a black Scion. As the couple tried to pull into their home on Commercial Avenue, the men in the white car fired at least four shots.

Munoz, who was driving, was shot twice, in the left leg and left side.

"She got the worst of it, but she seems to be okay, but we will see. We will see," an exhausted Salas told FOX 5's Aungelique Proctor.

Police are investigating a road rage shooting in northwest Atlanta.

Paramedics rushed them both to Grady Memorial Hospital. At last check, the woman was in serious condition.

Police aren't sure exactly where the dispute that set off the road rage took place. They said the couple had just moved to the area. Their car had Gwinnett County tags.

An online account has been set up to help the couple with their medical expenses.