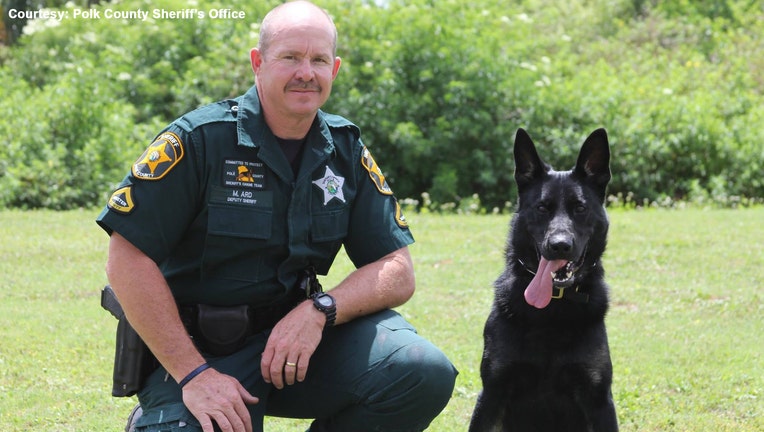 WINTER HAVEN, Fla. - The Polk County Sheriff’s Office is wishing one of its K9’s a happy retirement.

Winton has worked alongside Master Deputy Mike Ard for the past six years, according to the Polk County Sheriff’s Office.

Ard said his K9 partner, whom he affectionately calls Boo, is responsible for more than 400 criminal apprehensions during his career.

According to Ard, the pair has received several awards and commendations together and Winton received the Medal of Valor for apprehending and disarming a gun welding suspect.

“I know without a doubt he loves me and saved my life on more than one occasion and the lives of other fellow law enforcement officers,” said Ard. 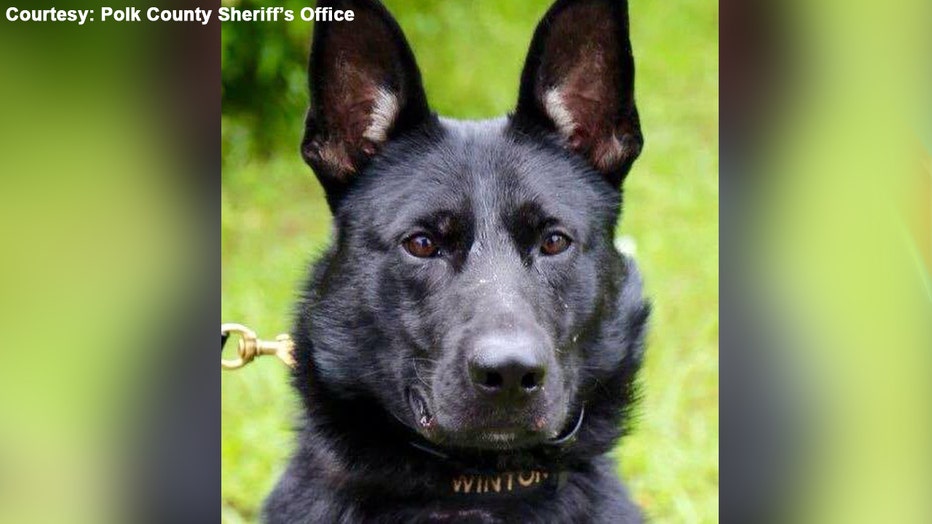 In addition to serving the citizens of Polk County, Winton has been deployed to the Tampa Bay region to search for possible explosives at large National level political and sporting events, Ard explained.

Ard said he and Winton are stepping down from their role with SWAT, but while Winton is relaxing, Ard plans on putting in a few more years in a less physically demanding position.