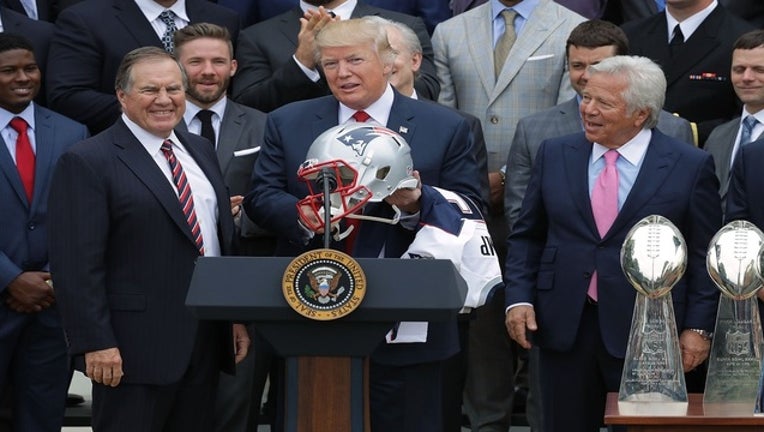 The White House did not respond to requests for comment.

Kraft has won five Super Bowl rings as owner of the NFL team. During a 2005 business trip to Russia, Kraft showed his newest ring to Putin and the Russian president pocketed, saying he thought it was a gift.

The Patriots latest ring is white gold with more than 280 diamonds and a carat weight of 5.1. The ring manufacturer says it is the largest Super Bowl ring. The Patriots' 2015 rings were valued at $36,500 apiece.