Woman jumps with infant from car to escape kidnapper

A Gwinnett County mother jumped from a moving car with her baby to avoid a kidnapping.

GWINNETT COUNTY, Ga. - Gwinnett County police are searching for a kidnapping suspect accused of carjacking a woman and her 1-year-old child at a gas station in August.

Police tell FOX 5 that the carjacking happened at an Exxon Gas Station on the 1300 block of Boggs Road on Aug. 18.

That night, the victim says she had bought some fast food for dinner and had stopped at the gas station to eat while her child slept.

Security footage from the gas station shows a man walk up the road and go behind the 23-year-old mother while she was eating near her car's trunk. After surprising her, police say the man reached for what his victim believed was a gun and punched her multiple times in the face.

Security footage from the gas station shows a man walk up the road and go behind the woman while she was eating near her car's trunk.

Forcing her into the backseat of the car, the man got into the car and began to drive off while demanding money from the woman.

"The suspect told the victim that he wanted money from her, and he also said he would choke her to death and kill her. The victim at that point and time decided the best course would be to jump from the car," Corporal Colin Flynn with Gwinnett Police reported.

Terrified, the woman grabbed her child's car seat and leaped from the moving vehicle. While she was injured in the fall, her child was safe.

"Had the victim not jumped from the vehicle in this case, we may be investigating this as a homicide. She did what she had to do to save her life and the life of her 1-year-old child," Flynn concluded.

The next day, the woman's car was found abandoned in Duluth.

"The victim is extremely frightened that the suspect is going to find her. This whole incident has traumatized her," Flynn remarked. 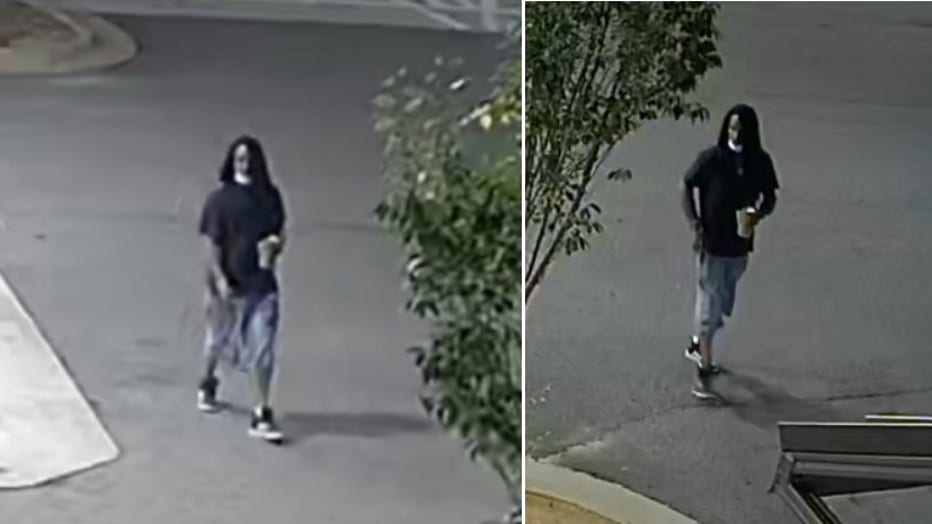 Officials described the suspect as a man between the ages of 35 to 40 years old. He was around 6 feet tall with a thin build, hand long hair, and was wearing blue shorts and a black shirt. Police believe he targeted the woman randomly.

If you have any information that could help investigators in the case, please contact the Gwinnett County Police Department at 770-513-5300 or Crime Stoppers at 404-577-TIPS (8477).