ATLANTA - A woman described as an innocent victim was hit by a stray bullet and the person the shooter was firing at ended up dying.

Police said just after midnight, early Friday, someone started shooting at the Northwest Atlanta intersection of Proctor and Cairo. Detectives estimate as many as 20 shots were fired. 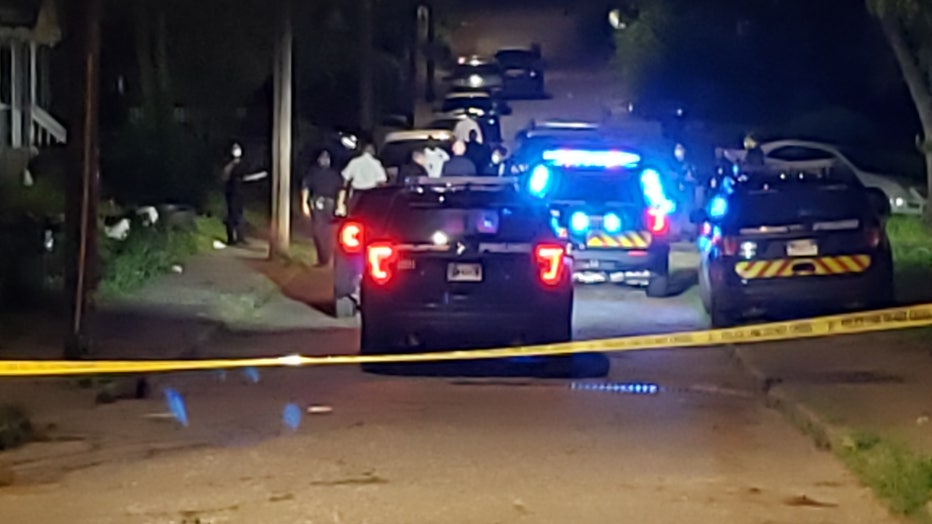 Police block of street where victims were found

The intended target, a man in his mid to late 20s, tried to flee in a Nissan Sentra but didn't get far. Investigator said after getting shot, the man wrecked just up the street. By the time police arrived on the scene, he was already dead.

Near the man's car, officers found a woman in her mid-30s who had been shot. They think she was hit by a stray bullet.

Paramedics rushed the woman to Grady Memorial Hospital, where at last check she was in stable condition.

Detectives don't know why the victim who died was targeted, what led up to the shooting or even how many gunmen they could be looking for.

Police do think the shots were fired from someone on foot but have no suspect description.