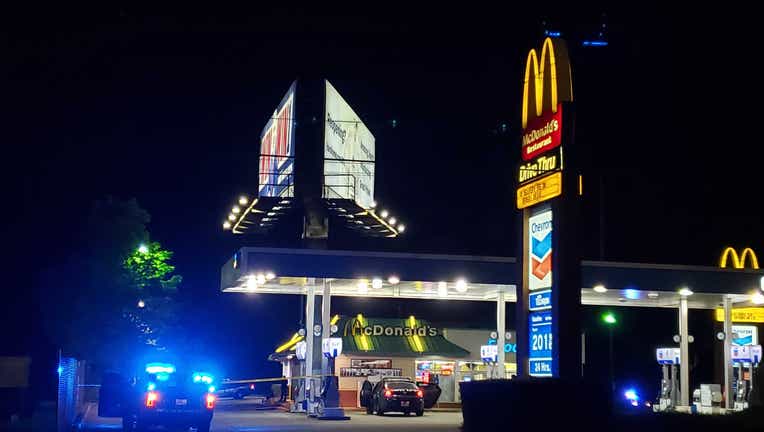 Police say an employee of the McDonald's was hit by a car while arguing with a driver about an incorrect order.

DEKALB COUNTY, Ga. - Atlanta police are investigating a dangerous confrontation at a McDonald's that left a fast-food employee in critical condition.

DeKalb County Police tell FOX 5 that they were called to the McDonald's on the 2000 block of North Decatur Road, near Clairmont Avenue around 3 a.m. Monday.

When officers arrived, they found a teenage victim who had been struck by a car.

According to police, the victim, who is an employee at the restaurant, is believed to have gotten into an argument with a driver over an incorrect order. During that dispute, the teenager was hit by the car.

Medics rushed the victim to a nearby hospital, where she is in critical condition.

Police have not yet identified any suspects or the name of the victim.

A spokesperson for Lulo Mattei, the owner and operator of the McDonald’s franchise location said the order, that was replaced, was correct. The following statement was issued on Mattei’s behalf:

"We are saddened by the incident that happened at our restaurant and are fully cooperating with the DeKalb County Police on this active investigation. Our biggest priority is always the safety and well-being of our employees and customers at our restaurants.”