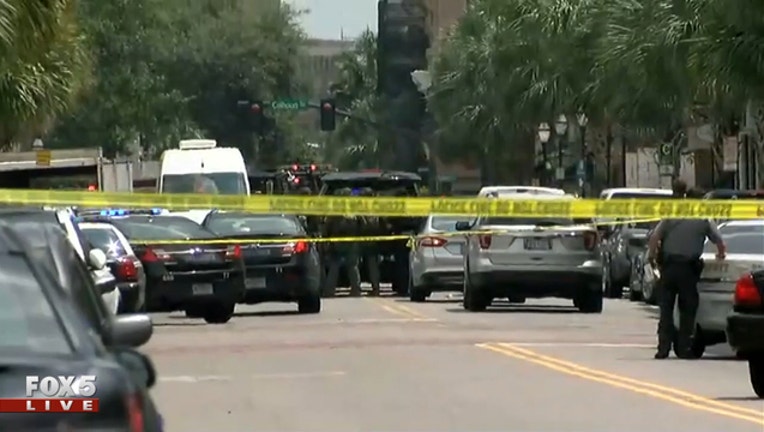 CHARLESTON, S.C. (AP) - Dozens of police officers are rushing to downtown Charleston, South Carolina, after police reported a possible "active shooter situation" near a stretch of restaurants and shops popular with tourists.

The shooting was reported just after noon on King Street, Police spokesman Charles Francis said in a statement. He did not say whether they were any injuries or give any description of a suspect.

Tom and Patsy Plant told The Post and Courier of Charleston they were eating at Virginia's restaurant and saw a man come out of the kitchen with a gun in his hand who said, "There's a new boss in town."

The man looked like "an ordinary grandpa, but he had a crazy look," the couple said. They were able to escape out a back door.

Charleston Police sent SWAT teams and a bomb disposal unit to the area and warned people nearby to stay inside buildings or leave.

The site is a few blocks away from Emanuel AME church, where nine black members of a church were killed by a white man during a June 2015 Bible study. Dylann Roof was sentenced to death in the case.