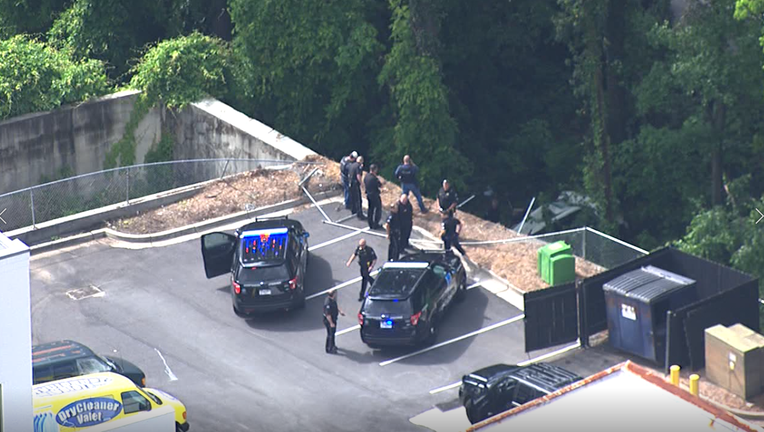 The driver of a stolen car ended up crashing through a fence, police say, as they tried to flee officers on April 30, 2020 (FOX 5)

ROSWELL, Ga. - Police in Roswell said suspects fleeing from officers ended up driving down an embankment before they were taken into custody.

The chase started Thursday morning in Douglas County. Deputies there reported a vehicle was stolen. The same vehicle was spotted later that afternoon and Roswell police said the driver refused to stop. 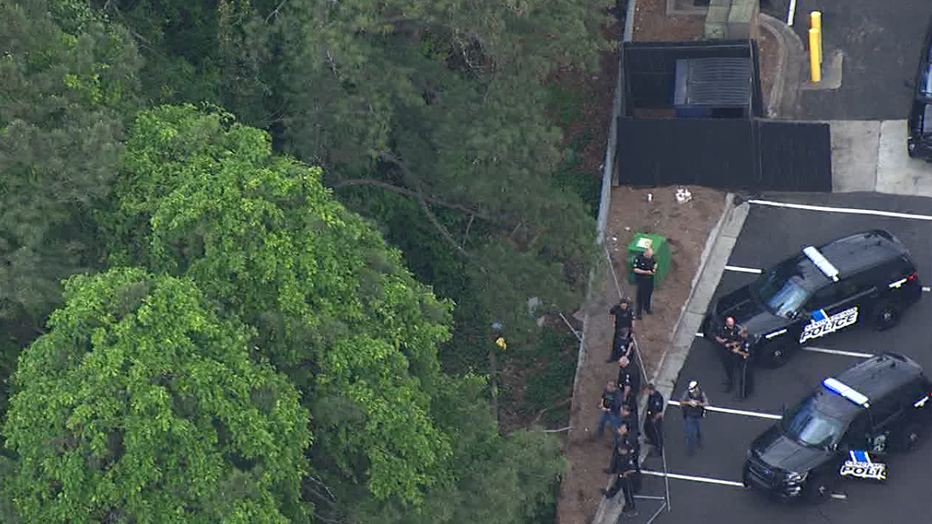 SKYFOX 5 flew over the end of a police chase where a car crashed through a fence and down a 20-foot embankment on April 30, 2020.

Police said the driver struck two police units trying to get away. The car ended in the parking lot of a shopping center at the end of Northridge Road along Roswell Road. The driver turned right, trying to find a back way out of the shopping center, but instead ended up crashing through a fence and down about a 20-foot embankment into the woods bordering an apartment complex, located on Windridge Drive.

Police said two people were taken into custody. Their names and charges have not been released. 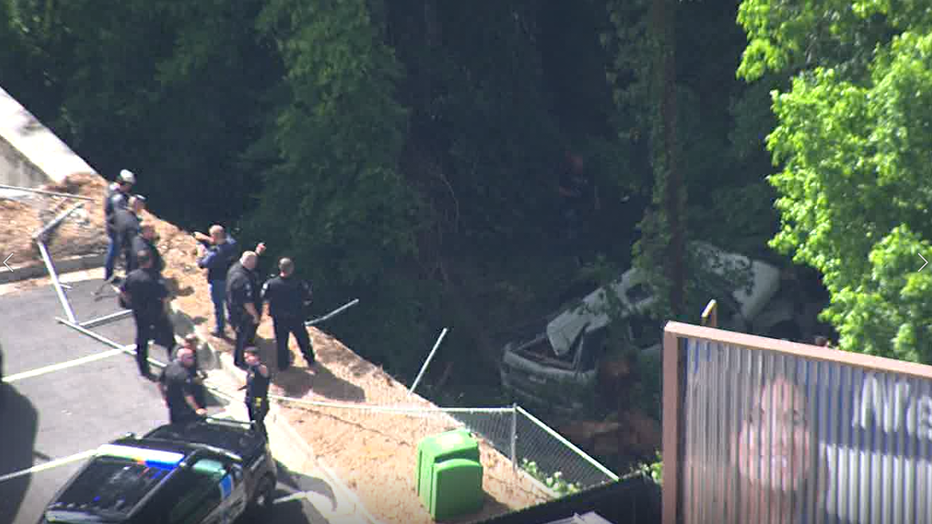