Officers say the suspects forced a man into his home and assaulted him with guns.

Atlanta police shared surveillance footage of the home invasion that happened on Jan. 15 on the 1200 block of Lockwood Drive.

That morning, authorities say the victim returned home from dropping his son and daughter off and school and work when he was forced into his home by three armed men.

Once inside, the men hit the victim in the head with their guns and demanded money. 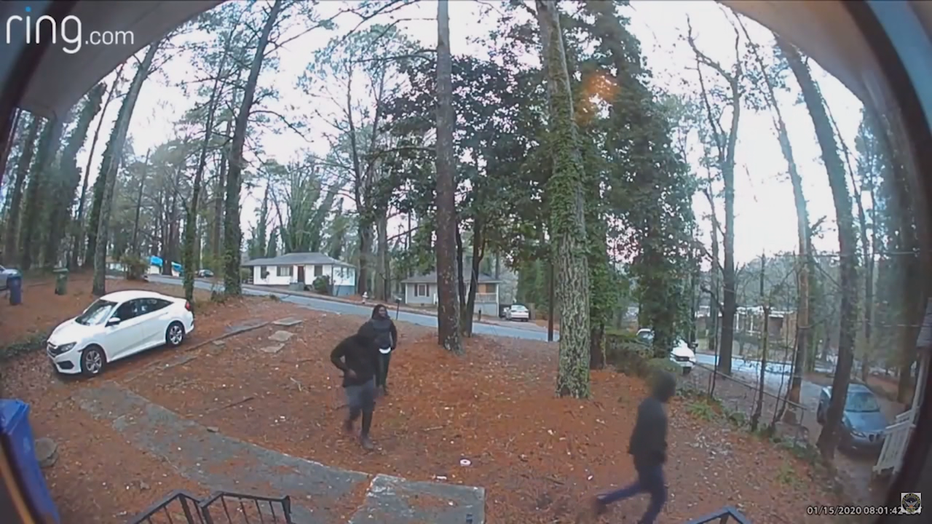 Police say the suspects ambushed a man after he dropped his children off at school and work.

Investigators are asking anyone with information on the home invasion to please call Crime Stoppers at 404-577-8477.