GWINNETT COUNTY, Ga. - Gwinnett County police are searching for two suspects who terrified a gas station clerk during a robbery in December. 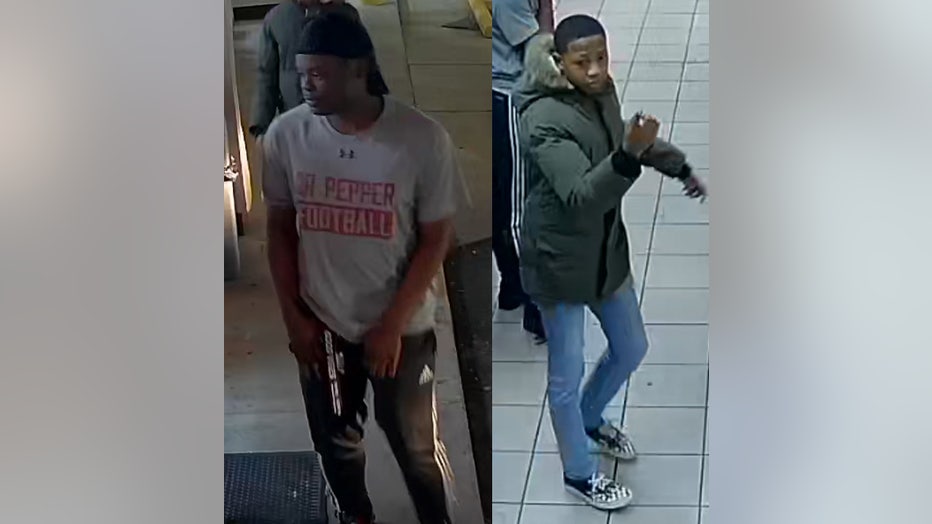 Officials say the robbery happened on Dec. 21 at a Shell gas station on the 1700 block of Indian Trail Road in Norcross.

That night, two men entered the gas station and began to pick up various items and put them down in different spots in the store. The store clerk got suspicious and accused the two men of theft while they were walking out, after which, police say one of the men turned around and physically confronted the clerk, causing him to run to the secure cashier area of the store.

When the clerk retreated, officials say the suspect picked up multiple Bic lighters and four bags of chips.

Inside the cashier area, the clerk locked the suspect inside the store. The suspect then noticed the door was locked and threatened the clerk to unlock it, police said.

The two men then left the area in an early 2000's Mazda or Hyundai passenger car.