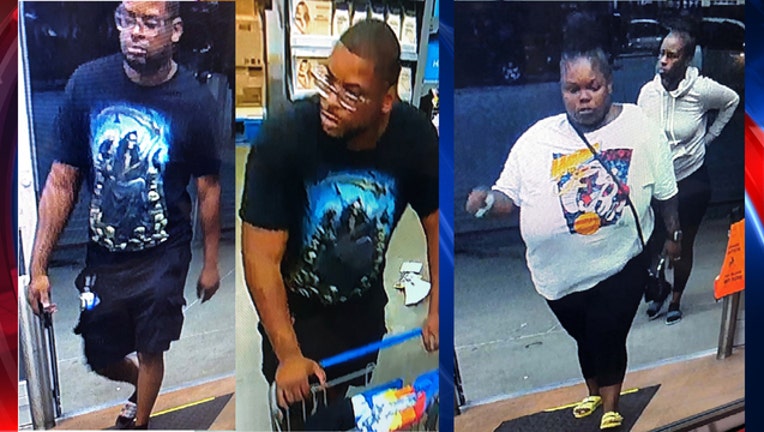 On Sunday around 4 a.m., police say the two women and one man entered a Walmart in Conyers and "shoplifted numerous items."

When the manager confronted the group, officials say the man chambered and pointed the pistol at him.

The group then fled in a dark, four-door sedan.

The male suspect wore glasses and a black T-shirt with a photo of the grim reaper. Both of the women had their hair up with one wearing a gray hooded sweatshirt and the other wearing a white T-shirt with a cartoon on it.