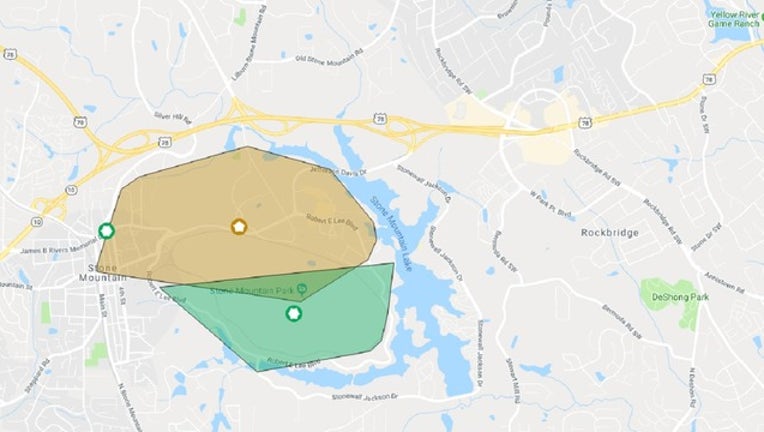 STONE MOUNTAIN, Ga. (FOX 5 Atlanta) - Power in and around Stone Mountain Park has been restored after a fallen tree knocked out power to the area for about an hour early Saturday evening.

Stone Mountain Park Police told FOX 5 News several attractions, as well as their police station and administrative offices, were being run off of generator power after a tree fell onto those power lines around 5:30 p.m.

Officials said the outage did impact the iconic Summit Skyride which takes riders to the top of the mountain. Officials said it stranded passengers for a short time.

Georgia Power’s website said about 500 customers were without power in the area. The officials said the power was restored a little before 6:30 p.m. The official total outage time was 40 minutes.

Officials said this is the first time in six years something like this has happened.