SOUTH FULTON, Ga. - Police are searching for a gunman involved in a New Year's Day shooting at a South Fulton apartment complex.

This may be the first shooting of the new year in metro Atlanta.

Officials tell FOX 5 that officers were called to the Hickory Park Apartments on 4900 Delano Road in South Fulton at around 3:20 Wednesday morning.

When they got to the scene, an officer found a male victim with a gunshot wound.

Medics rushed the victim to a nearby hospital. Police say the unidentified man has life-threatening injuries. 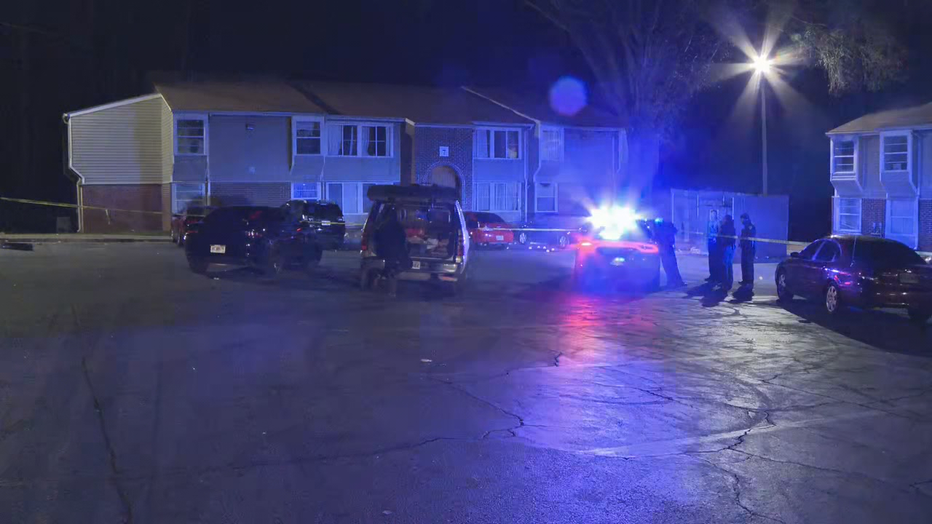 Police say they found a man with life-threatening injuries at the South Fulton apartments.

At the time police have not released the identity of a suspect or have anyone in custody.