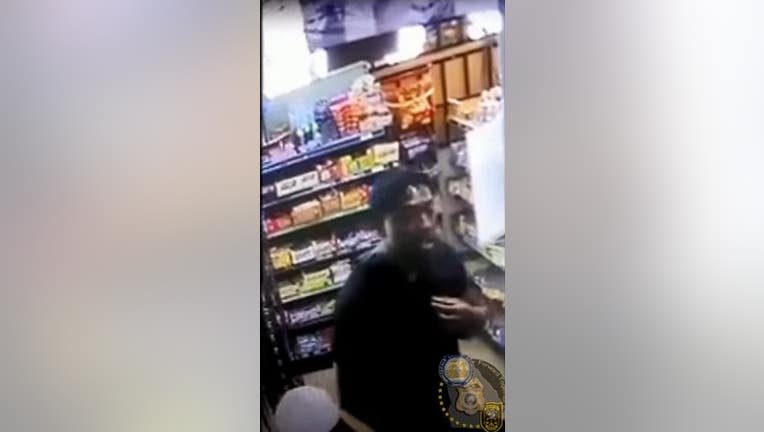 Police say the man they're looking to question may be known as "Philly." (DeKalb County Police Department)

DEKALB COUNTY, Ga. - Police need your help identifying a man wanted for questioning connected to a shooting in DeKalb County.

Officials say the shooting happened on May 16 at a Tucker gas station on the corner of Rockbridge Road and Hambrick Road.

According to police, a dispute ended with shots fired into a moving vehicle. Shots were fired into two nearby apartments, where officials say children were inside.

Wednesday, DeKalb County police released a surveillance video of a man they say is "known to visit the area frequently."

The man, who may be known as "Philly" also is wanted in questioning for a robbery that happened nearby two hours before the shooting.