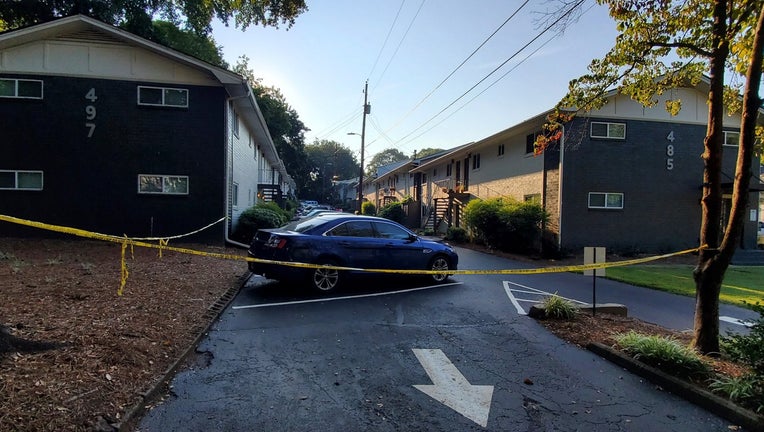 Police investigate a deadly shooting at a Candler Park apartments on Aug. 14, 2021. (FOX 5)

ATLANTA - Police are investigating a homicide at an apartment in the Candler Park neighborhood of Atlanta on Saturday morning.

It happened at the Oak Point Apartments located in the 400 block of Oakdale Road around 5:30 a.m. Atlanta police found a man suffering from an apparent gunshot wound.

Police tape blocked off one of the roads leading to the crime scene for much of the morning.