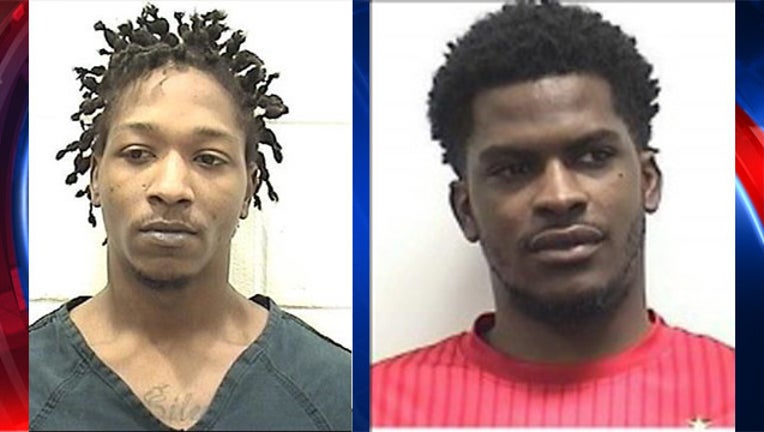 ATHENS, Ga. (FOX 5 Atlanta) - Athens-Clarke County police have arrested one man and are searching for another man suspected in the murder of a 31-year-old Athens man.

On Monday night at around 8:40 p.m. police were called to a home on Oak Hill Drive after reports of shots fired.

When they got there, they found 31-year-old Walter James Brown Jr. on the ground. Officers attempted first aid, and medics rushed Brown to a local hospital, but he was pronounced dead.

Tuesday, police arrested and charged Davonte Jamal Brown, who is not a blood relative to the victim, for the murder. He has been transported to the Clarke County Jail.

Police also obtained a murder warrant for 29-year-old Ralph Lakee Bess, who is still on the run.

Officials are asking anyone who has information on where Bess is to please call 911 or Detective Scott Black at (706) 613-3330.