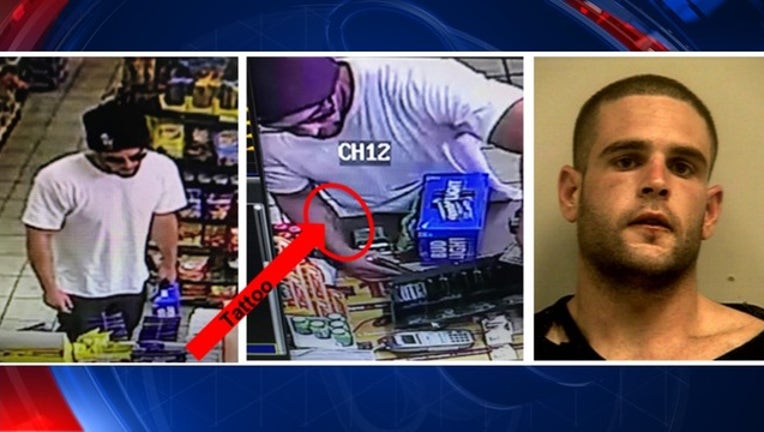 Authorities initially sent out surveillance images of a man accused of grabbing a beer just before robbing a Texaco gas station.

After meeting with the suspect, the lead detective says that he was able to tie Nicholas Shaw to: