DEKALB COUNTY, Ga. - Police say a deadly shooting at a gas station in DeKalb County Saturday night was in self-defense and are not charging the shoooter.

Investigators say it started with an argument between two men at the DeKalb County gas station.

Officials tell FOX 5 that officers were called to a Texaco Gas Station on the 2500 block of Gresham Road after reports of a shooting shortly before 7 p.m.

Investigators believe that the shooting happened during an argument between two men at the gas station when one man shot the other.

The alleged shooter involved stayed at the scene and was interviewed by police. Sunday, officials said it appeared that the victim in the shooting, identified as 22-year-old Brian Jackson-Swinney, was trying rob the person who shot him.

Notably, the deceased man's vehicle was nowhere in sight Saturday evening. Police said that's because passengers, who were with him, took off in it.

"There are other males that arrived with the deceased [who], once the gunshots started, fled the scene in that other vehicle," Lt. Matt Ferreira said. "We don't know who they are yet, they're still outstanding." 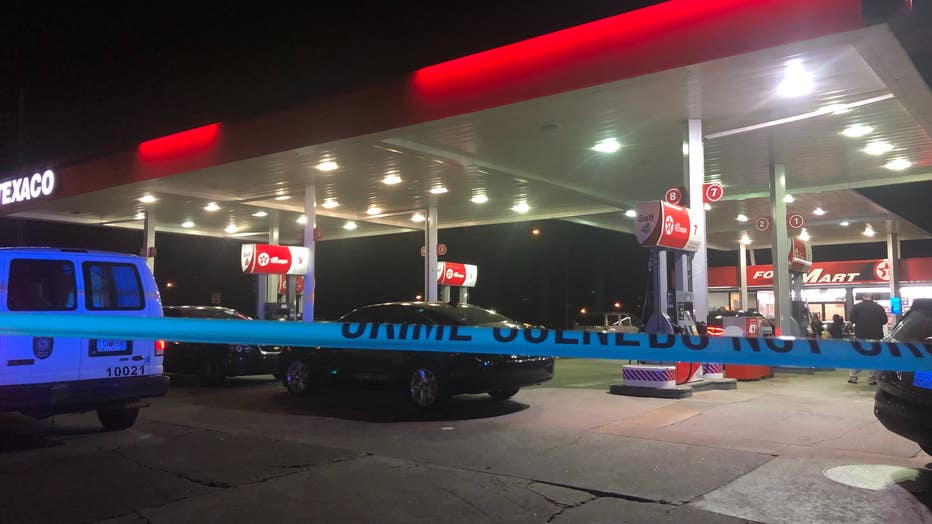 Police say the shooting happened during an argument between two men at the Texaco.

Officials said they are actively trying to track two outstanding suspects down but don't believe they pose any immediate danger to the public.