GWINNETT COUNTY, Ga. - An alert off-duty supervisor with the Gwinnett County Police Department is being credited with solving multiple burglaries.

Kyle Fuller, 37, and Karey Byrd, 41, both of Loganville, were arguably in the wrong place at the wrong time. That’s why Sgt. Bell pulled them over as he spotted them coming out of a subdivision still under construction along Melton Common Drive in Dacula just after 5 a.m. on Nov. 29. In addition, Bell noticed their pickup truck had no license plate and that there were two large pillars sticking out of the bed of the truck.

Investigators said Fuller and Byrd told Sgt. Bell two different stories as to why they were there that morning. Both were arrested and charged with loitering, prowling, and first-degree burglary.

That’s when the department’s investigative unit took over and discovered there was much more. Investigators said they were able to tie the pair to other thefts that morning. Police said they found multiple stolen items including those from two other burglaries off Sun Lake Drive and Wheeler Road in unincorporated Auburn. Investigators said those items were taken from construction sites including building materials and tools.

Fuller and Byrd, who both released on bond the same day they were arrested, were charged with three additional counts of second-degree burglary and one count of first-degree burglary. Police are asking the pair to turn themselves back into the jail to face these additional charges.

The department credits Sgt. Bell, who was on his way home at the time, with solving these cases and encourage all citizens to report suspicious activity, especially around construction sites. 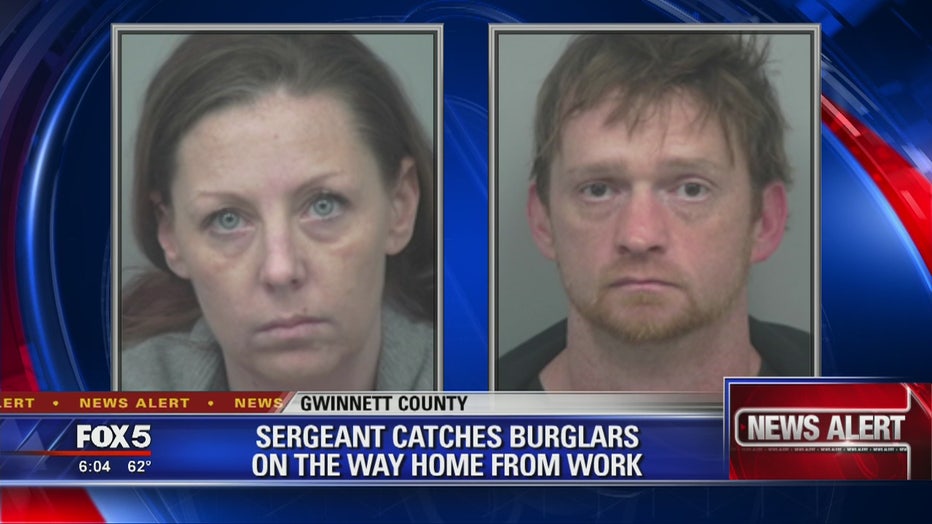