The family of five people killed along a busy two-lane road in northwest Atlanta Wednesday evening speak about their grief.

ATLANTA - Police in Atlanta said they are investigating why a car crossed the center line of traffic along a busy two-lane road, killing five people including two children.

It happened along Bolton Road near Donald Lee Hollowell Parkway around 11 p.m. Wednesday. Atlanta police said a white Nissan Sentra was traveling southbound when it crossed into the opposite lane of traffic, crashing head-on into a MARTA bus.

Police said the car was knocked off the roadway and three people were thrown from the vehicle.

The female driver and passenger in the Nissan were rushed to Grady Memorial Hospital in critical condition.

"We have a total of five fatalities on the scene from one vehicle, two critical patients, all that came from the same vehicle," said Jason Wozniak, Atlanta Fire Rescue Battalion Chief.

Police said the victims who were killed in the crash included a 19-month-old, a 4-year-old, an 18-year-old female, a 22-year-old female, and an adult female. Their names were being withheld until authorities could notify their next of kin.

"We're still trying to piece together where they were located inside the vehicle," Chief Wozniak said. 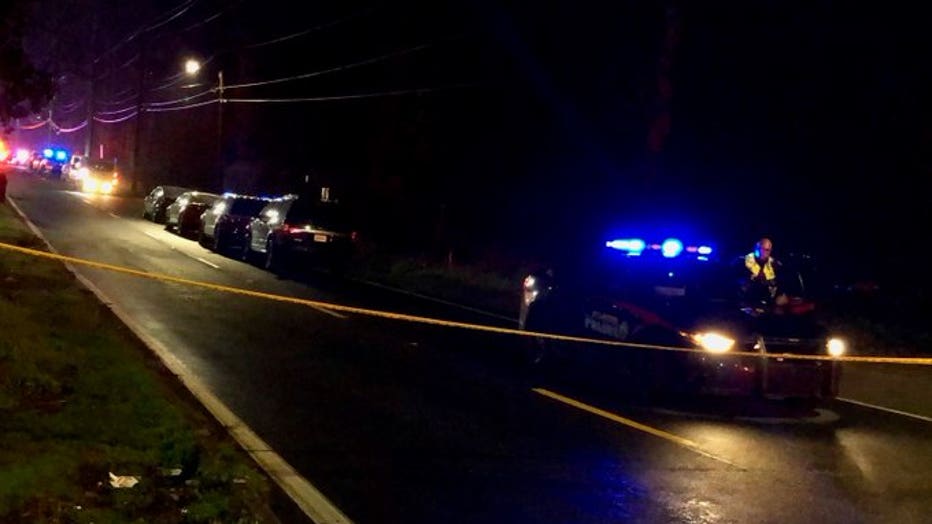 The driver of the MARTA bus was transported to an area hospital with minor injuries. Firefighters said three people were aboard the bus at the time of the crash but were not injured.

Authorities said a third vehicle was also involved but didn’t elaborate on how.

“There was a third vehicle involved. they had no injuries,” the chief said.

Atlanta police were on the scene for several hours early Thursday morning trying to piece together what led up to the crash.