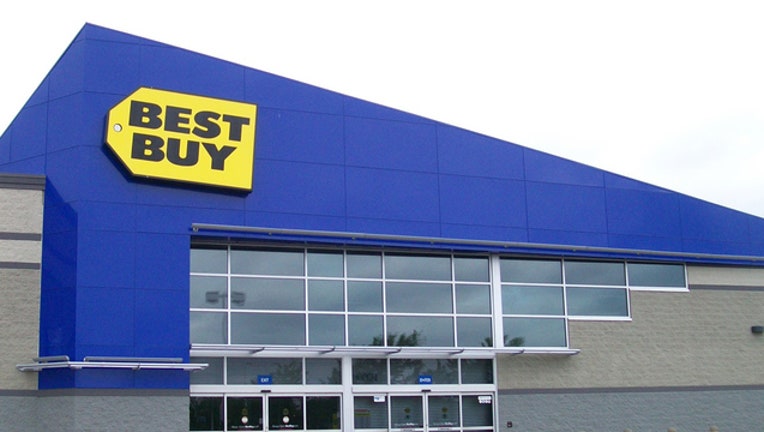 MORROW, Ga. - Three people have been arrested after a failed burglary of a Best Buy early Sunday, Morrow police said.

Officials say that one of the suspects was an adult. The other two were juveniles.

According to police, the three suspects now face up to 100 years in prison due to their charges under Georgia's Street Gang and Terrorism Act.

The three suspects have not been identified because, as Morrow Police said, "they don't deserve the recognition."