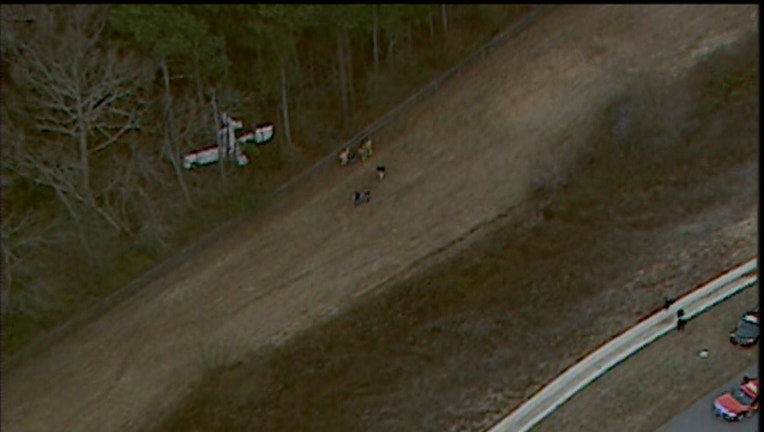 KENNESAW, Ga. - Emergency officials have responded to a report of an aircraft accident near McCollum Field in Cobb County.

SKYFOX 5 flew over the scene just after 5 p.m. and spotted a single-engine plane crashed into the wood line near the runway.

Cobb County Fire officials said there was one person on board the plane at the time of the crash. The pilot was able to walk away with only minor injuries.

Officials said did not immediately know what caused the CH 2000 to lose power shortly after takeoff leading to the crash.

The FAA was notified about the incident.

The name of the pilot has not yet been released.