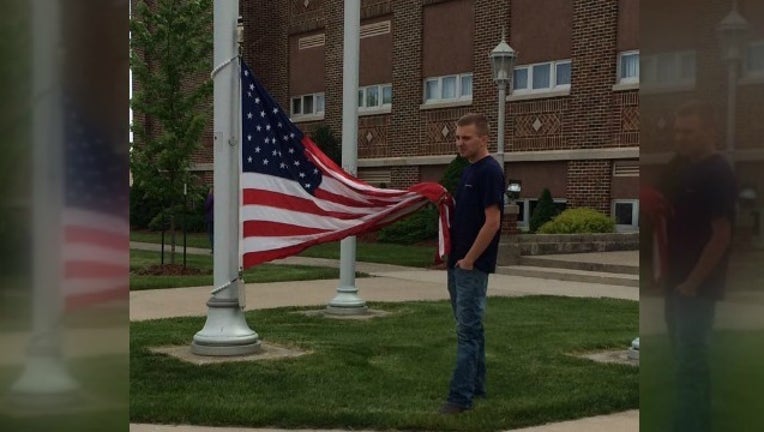 A picture of an Ohio teen holding a United States flag to keep it off the ground has quickly gone viral.

On Facebook, Rhonda Ordway Pester said her son, Cole Dotson, called his grandmother on Sunday with an issue and told her he needed help. Dotson's grandmother found him outside of Continental High School, where she works, holding an American flag that had fallen to the ground. That's when the teen's grandma snapped the now-viral image.

"He saw it, stopped and held it until someone from school could come and put it back up," said Pester.

The young man's mother said she was proud of her son, who bleeds red, white and blue.

"This is a true representation of what Cole Dotson believes in and what he has been taught in scouting, that the colors don't touch the ground."

Pester said she's glad her son can be an inspiration to others.

Dotson has since responded to the image going viral on Facebook. He said he didn't intend to get recognized for his patriotic act, but he's glad to see the support and respect for the flag.

"I love this flag and this country. God bless America."

According to Dotson's Facebook page, he plans to start serving his country this summer.

"My ship date to go to boot camp has been bumped up to June 6," he said. "Super pumped."