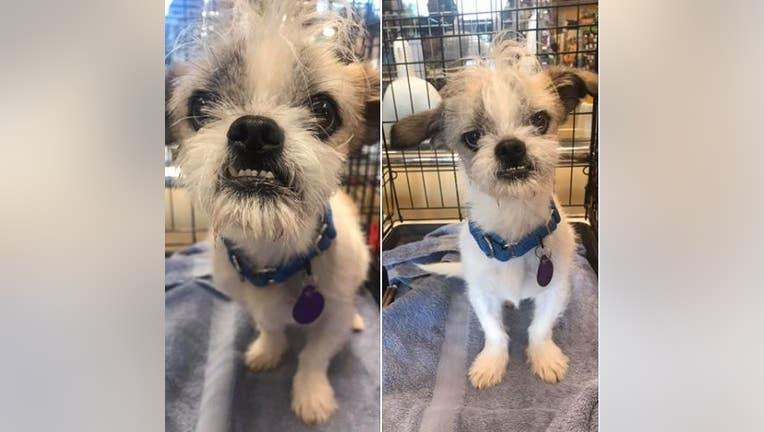 ATLANTA - He knows how to rock the Mohawk, but what isn't rocking is how little Gizmo is still without a home.

UPDATE: Orphan Annie Rescue in Atlanta said he has been adopted, but there are still several other rockin' pups up for adoption

Like all good rock stars, he fell on some hard times. He ended up at the Orphan Annie Rescue in Atlanta.

Also, like any good rock star, he like chasing the green... tennis balls that is. He's obsessed.

Gizmo is 3 years old and weighs about 8 pounds, the folks at Orphan Annie Rescue said. He's likely a Brussels Griffon-Shih Tzu Mix. He's a little shy at first, but warms up, especially when there's a tennis ball involved.

His photoshoot with the rescue group earlier this month went viral, having been shared more than 1,200 times on Facebook as of Friday. But despite all the attention, no one has claimed him as of Friday.

The rescue group says Gizmo is neutered, up-to-date on his vaccines, tested negative for heartworms, and is microchipped.

His adoption fee is $250 and he must be adopted to someone in Georgia. His future forever home also must include a lot of tennis balls, like a lot.

For more information on Gizmo and his other rock star pals, visit orphanannierescue.org.