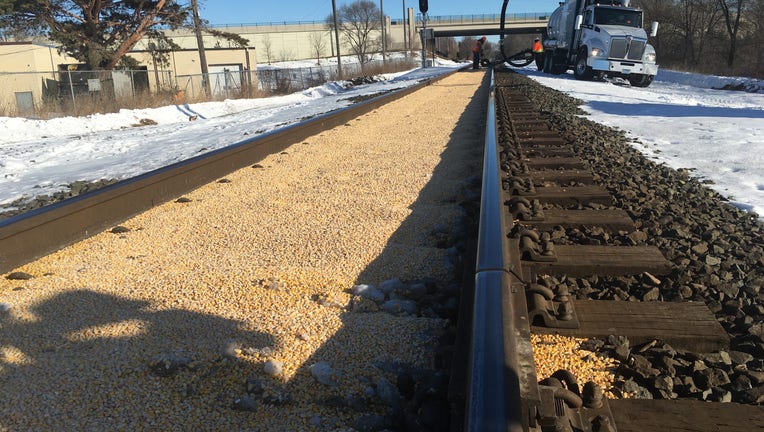 Corn mysteriously fills railroad tracks in Crystal, Minnesota as far as the eye can see.

CRYSTAL, Minn. (FOX 9) - A photo of a Minnesota railroad track almost perfectly filled with corn went viral on social media Monday as many people tried to puzzle out whether or not it was real.

Turns out, there is a kernel of truth to the photo.

Twitter users immediately doubted the authenticity of the photo, refusing to believe the kernels could fall that perfectly within the tracks.

A FOX 9 crew located the tracks and confirmed the photo is real. The stretch of tracks are in Crystal and, as of Tuesday afternoon, corn still filled them as far as the eye could see. A Canadian Pacific Railway crew was on scene starting to clean it up.

It is unknown how and why the corn ended up on the tracks.

FOX 9 has reached out to Canadian Pacific for comment, but has not received a response.