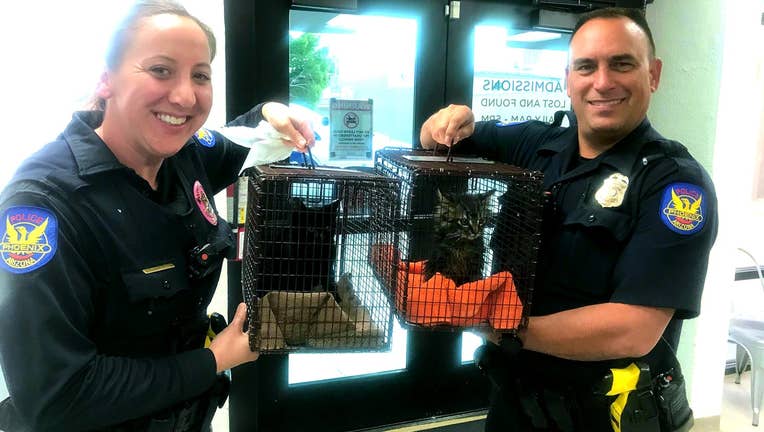 PHOENIX - Phoenix Police officials say two kittens that were soaked with gasoline are now receiving care at the Humane Society.

The kittens were found by two officers in the area of 35th Avenue and Dunlap, and the gas-soaked kittens were thrown out of a plastic bag.

The suspect in the case was described by police as a woman, approximately 50 years old, with dreadlocks and wearing black shorts and a black shirt at the time. The suspect has not been located.