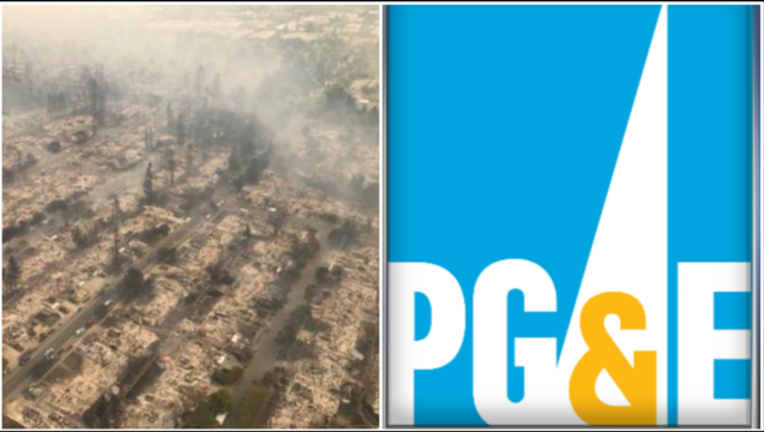 As part of the settlement, the utility company does not admit fault in the 2017 Tubbs Fire or the 2016 Ghost Ship fire in Oakland. However, the company said claims related to those fires will be resolved as part of this settlement.

PG&E said the settlement is subject to a number of conditions, but did not disclose what those conditions were. They only said it was dependent upon terms determined in bankruptcy court. PG&E filed for bankruptcy earlier this year and has until June 30 to resolve its case.

“From the beginning of the Chapter 11 process, getting wildfire victims fairly compensated, especially the individuals, has been our primary goal," PG&E CEO and President Bill Johnson said.

Johnson thanked stakeholders for reaching the agreement calling it a "milestone."

This is the third major settlement related to PG&E's wildfires as the utility restructures. In September, they reached an $11 billion settlement with insurance companies related to the 2017 and 2018 wildfires. And in June, they agreed to pay $1 billion to cities, counties and public entities for the same fires.

PG&E said they have made numerous changes with the company since the wildfires, and will continue to invest in infrastructure and safety efforts in order to reduce risks.

Most recently they have faced criticism for the number and length of Public Safety Power Shutoffs they say are necessary to prevent wildfires. The outages have left many in the North, South and East Bay in the dark for days on end and in many cases have been costly.

Government officials, including Gov. Gavin Newsom and San Jose Mayor Sam Liccardo, among others, have called for the utility to either be taken over by ratepayers or broken up as a way of restructuring.

PG&E is also on probation in a federal criminal case. The company was convicted of violating pipeline safety rules, record-keeping laws and obstructing an investigation into a gas pipeline explosion in San Bruno in 2010. The explosion and subsequent fire killed eight people.

Last month a federal judge ruled that PG&E could contribute $3 million to San Bruno for wildfire mitigation rather than complete 2,670 hours of community service.